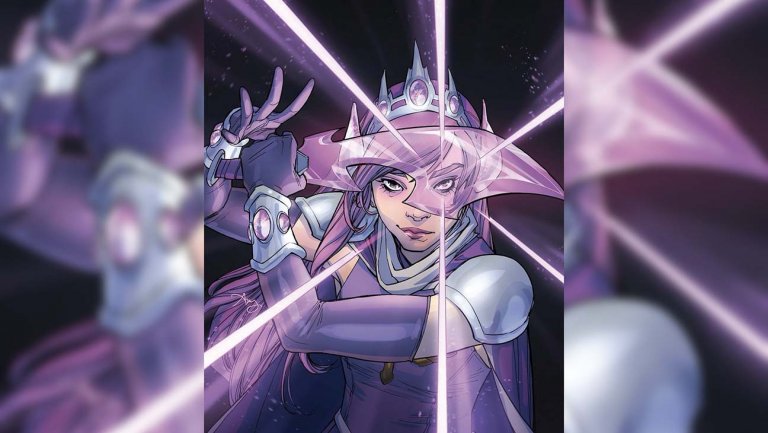 At the DC’s Wonders Comics panel at NYCC it was announced that Amy Reeder will be writing and illustrating a new weekly comic. Reeder has worked on Batwoman, Moon Girl and Devil Dinosaur, and Rocket Girl. The new Amethyst comic will be coming in February 2020.

Since the revival of Young Justice we have gotten to see a little more of Amethyst. Amethyst was aimed at more diverse readers back in the 80’s along with titles like Naomi and the Wonder Twins. Dan Mishkin and Gary Cohn and artist Ernie Colón, first created Amethyst, Princess of Gemworld and launched their own comic back in 1983.

Following the character’s triumphant reintroduction in the pages of Young Justice, the new Amethyst series follows teenager Amy Winston, a.k.a. Princess Amethyst, as she returns to her magical kingdom to find it in ruins, her subjects vanished, and none in the realm of Gemworld still loyal to her house. To solve this mystery, restore House Amethyst, and save her family, Amy must find new allies and confront dark secrets on a deadly quest to the farthest reaches of Gemworld.