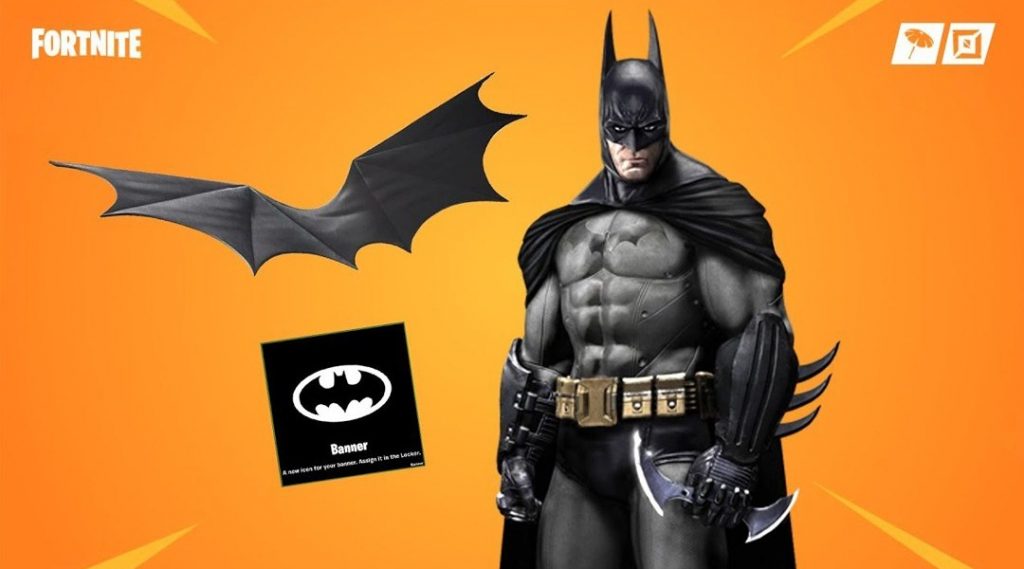 As one of the biggest video games in the world, it’s only natural that Fornite would expand and partner with other big brands.  This allows the players to play as characters such as John Wick and Chief Hopper from “Stranger Things.”  For the upcoming Batman Day, Fortnite may dabble with DC and Batman with new content.

Fortnite’s most popular collaboration is with, of course, Marvel.  This popularity was boosted as Avengers: Infinity War and Avengers: Endgame were released in theaters.  Players can play as Earth’s Mightiest Heroes and even Thanos himself.  In return, Marvel put in a scene in Endgame, which showed Bro Thor and his gang playing Fortnite.

But why stop at Marvel?  There’s still a whole other universe out there, and it’s called DC.  Based on a new leak, Fortnite may debut content from DC for Batman Day.

The leaks were first seen on Twitter from users Lucas7yoshi and FNBR Leaks.  From these leaks, people can see potential weapons that may be revealed on Batman Day.  Some of the weapons include an Explosive Batarang, a Grapnel Gun, and his very own Glider.  Cat Woman themed items will be there as well. In addition, Tilted Towers may get a Gotham City makeover, lit up with the iconic Bat Signal.  Releasing Batman content on Batman Day is a great way to promote both the game and the day.

What is Batman Day?

Batman Day is held every year on the third Saturday of September.  This year, the occasion lands on September 21st, 2019, and commemorates the Caped Crusader’s 80th Anniversary.  It’s been five years since DC Entertainment and Warner Bros. decided to create an official date for the character.

In addition to Fortnite potentially rolling out with new content, great deals can be found at DC’s website for any Batman related merchandise.

If you’re at the right place at the right time, make sure to look out for the Bat Signal which will shine in select places around the world.  These places include cities like Tokyo, London, and New York.

Are you excited for the potential new content?  Will you be logging onto Fortnite on Batman Day?  Let us know in the comments!