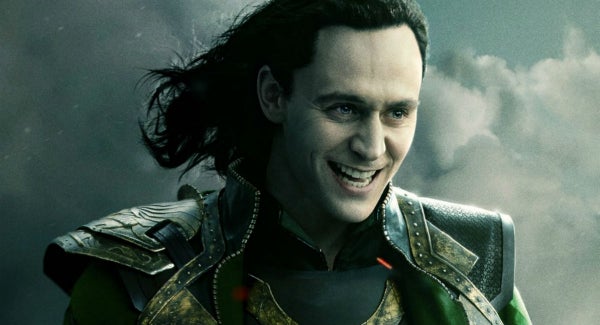 Disney + is set to premiere the Loki TV show in spring 2021. Despite the fast approaching premiere date, very little information has been given on what exactly this series will entail. We know Tom Hiddleston will be reprising his role as the god of mischief. We also know time travel will play a significant role. And now, thanks to a recent interview we may have a few more details to chew on as we await the premiere.

In a recent interview with Stephen Colbert, Tom Hiddleston dropped a few hints on what the Loki TV show will be about. Hiddleston came on the show to discuss his role in the Broadway revival of Harold Pinter’s Betrayal. At the start of the interview, Colbert asks if Tom can give out any information on the Loki series. Tom Hiddleston replied with this:

“In the years since Avengers: Infinity War and Avengers: Endgame, the latter of which came out this spring, the two questions I’ve been asked are is Loki really dead, and what is Loki doing with that cube. It’s always the cube somehow. And this series will answer both of those questions.”

Colbert continues the conversation by mentioning that time travel has been confirmed for the series. Hiddleston remains silent on the matter while Colbert makes a joke about going back in time to kill baby Hitler. So it seems that Disney wants Hiddleston to remain very tight-lipped on the content of the series. Previously, Hiddleston has mentioned that Loki will face “more formidable opponents, the likes of which he has never seen” during the new series. So it seems that Loki will be up to a lot of new shenanigans once his series premieres.

Loki will be joining the Disney + line-up alongside other Marvel shows such as The Falcon, WandaVision, and The Winter Soldier. So even though an era of the MCU has ended, Loki’s adventures seem to be just beginning.