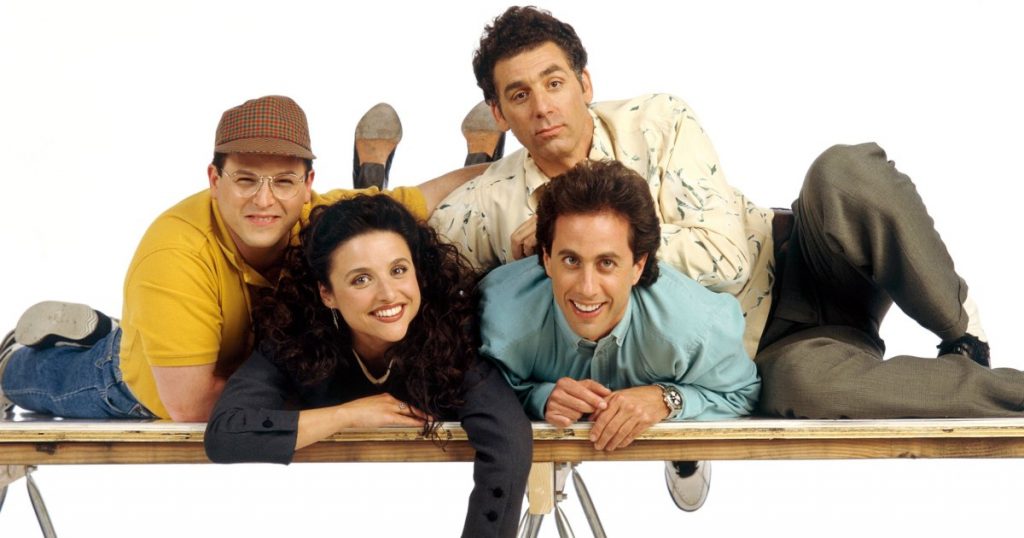 Amidst the current property acquisition frenzy and property rights debates , Netflix has acquired the global streaming rights to the sitcom Seinfeld.

Sony Pictures Television (The distribution company) has made a deal with Netflix, part of which allows the streaming company to have the rights to all 180 episodes of the sitcom.

The five year pact begins in 2021 , where the 30 year old show will be available to Netflix’s 150 million subscribers. As stated in a LaTimes Article, SPT chairmen Mike Hopkins stated that ,

“We’re thrilled to be partnering with Netflix to bring this beloved series to current fans and new audiences around the globe.”

The Battle of The rights

Since losing the rights to The Office and Friends , Seinfeld will help to fill the juggernaut sized holes these sitcoms are leaving behind.

According to sources via Netflix, the loss of these two shows are being down played, as the company hopes to slowly move from previously licensed material to its own original content. This is reflected in it own investing 15 billion this year in its own programing.

Even after decades after its original run, Seinfeld remains one of the most popular shows in history – ending in the number spot in television according to the Nielsen Company.