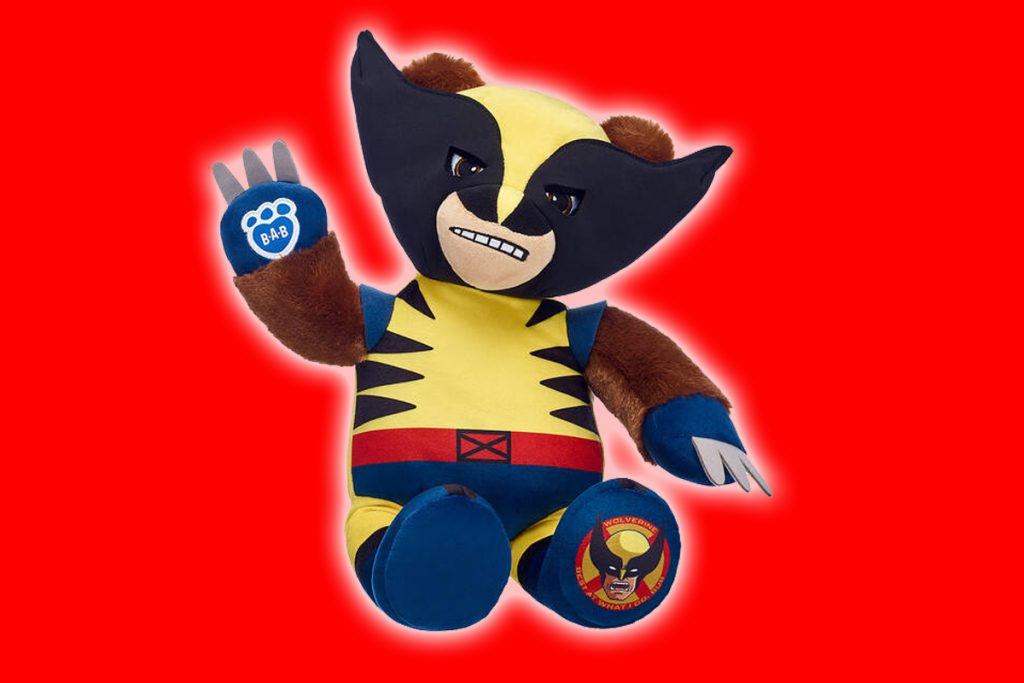 Build-A-Bear has been really on the ball with their DC and Marvel releases. Heck they seem to have the best franchises in their back pocket, like Pokemon and Disney. Now they are offering a new Marvel Bear in the form of Wolverine. And he is one of the cheapest bears that we’ve seen!

Typically they go for a lot more if you get the bundle of bear, clothes and sound chip. But since Wolverine doesn’t have a sound chip that is probably why he only goes for $35.

This could be a clue into what Marvel has planned for the X-Men since acquiring FOX earlier this year. They are also putting up the entire collection of X-Men: The Animated Series as well as other 90’s Marvel cartoons on Disney Plus at launch. And the original show runners for the cartoon have pitched a continuation to the animated series which would take place where they left off.

Build-A-Bear has other Marvel bears that you can check out by visiting the links below. Do you collect these bears? Tell us in the comments!