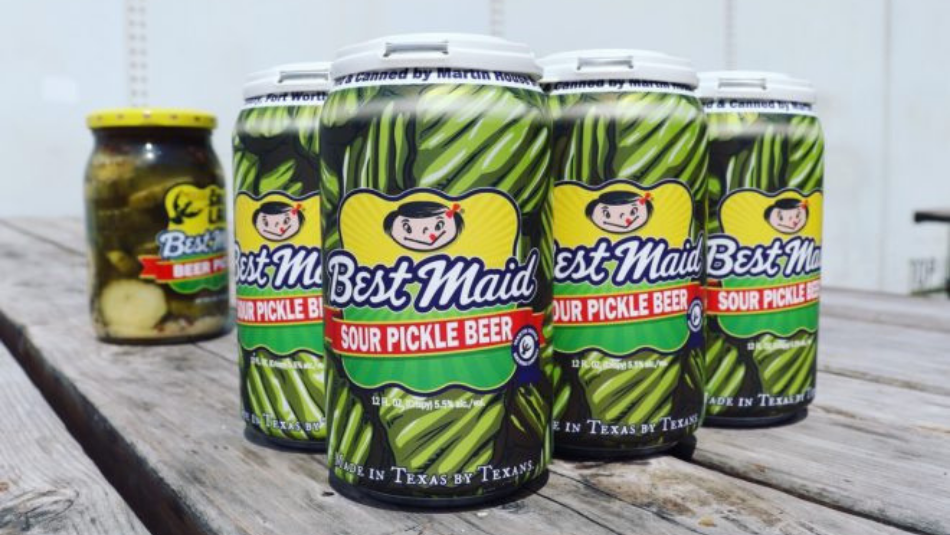 Have No Fear, Pickle Beer is Here!

Texas is known for everything being ‘bigger’. It’s also a land where when it comes to things being made that shouldn’t be, they do it anyway. With that being said, the heathen state has created a Sour Pickle Beer.  Dill pickle and beer combined to somehow make a baby, and Martin House Brewing Company and Best Maid Pickles are the mad scientists behind it all.

Apparently this beer has a combination of sweet and sour. With notes of coriander , lemon zest, and added sour. It was created by mixing the brine from Best Maid into Salted Lady Sour Goose from Martin House. With only 5.5% ABV might I add. At Martin House it was added to tap on August 17th.

But also they teamed up opposite to created a new type of pickle flavor.

Honestly, I like pickle juice don’t get me wrong and I love a good pint. But this to me seems too far out there. But hey, if it was at a party and someone told me to try it, I would.