First Look at New Lady and the Tramp and Cruella Movies 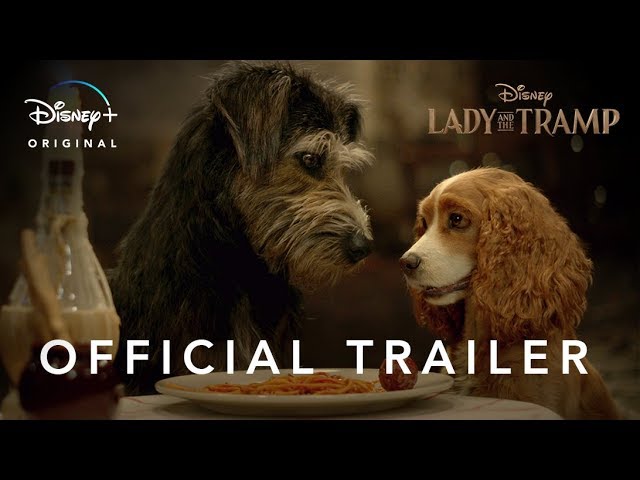 During D23 Disney made some exciting announcements for Disney dog fans.  Here are some first looks of the New Lady and the Tramp Live-Action Remake Trailer, and the Cruella De Vil, 101 Dalmations Prequel’s released promo pics.

Lady and the Tramp Live-Action

Disney originally released Lady and the Tramp in 1955 and stole the hearts of people everywhere. Films still parody the iconic, romantic spaghetti sharing scene, today.  Similar to Aladdin which tells a tale of a street rat and princess who fall in love, Lady and the Tramp is a story about how opposites attract. Lady is a dog living a life of luxury whose world turns upside down as she walks alongside the Tramp, who is poor, but free.  Following the success of Live-Action remakes of other classic Disney films, Lady and the Tramp was in the queue to receive a modern make-over.

Upon first look at the trailer, here are our impressions.  The music, cinematography, directing, and writing have a very Disney-esque live-action feeling to it.  The trailer is well lit with a classic sound. There setting is nostalgic. Tessa Thompson, the talent from Creed and Avengers lends her voice to the film. Her voice-acting has an elegance and class that is appropriate. It seems like a safe retelling of a classic tale.

And then we see a close up of the Tramp.  He talks. His mouth moves. As an adult, I think of Uncanny Valley– a condition that occurs when movies or games attempt to traverse to realism. The unfortunate effect is often awkward or scary.  Cautiously, I look at my toddler for her reaction.

Toddler Reaction to Lady and the Tramp

I look to my three-year-old for her reaction, because let’s be honest, there are remakes that were created for the nostalgia factor, and then there are cutesy animal movies created because kids love animals. Disney marketing knows kids will drag their parents to go see cute animals on film.  Sure, I could have a reaction to the Lady and the Tramp trailer. Yes, I could tell you my opinion. Seriously, though, who is actually going to decide if Disney is getting my money or Grandpa’s money? You aren’t wrong if you answered the kid.

Her eyes follow the images on the screen. As the trailer progresses, she says,  “Ooo, so cute– a dog. Dog.  Dog.” She continues to point out each and every dog that is in the trailer. As the scene changed to a silhouette of the dogs sitting on a hill, overlooking the night sky, she whispers, “so beautiful.”

There you have it, Disney has done it again.  They created a successful trailer to a movie that will probably earn them a lot of money with very little effort. While the film may not be as much of a cash cow as Disney’s The Lion King, I don’t doubt it will be able to earn more than the original film.

Now, there is another live-action animal-related Disney film coming, but this one is not a remake.  The spotted black and white pups from the 101 Dalmatians series already have an animated film (1961). They also have a live-action movie (1996) featuring Glenn Close as Cruella de Vil, one of the most iconic villains of all time.  Following the footsteps of retellings of the tales from the villain’s point of view such as Maleficent (Sleeping Beauty) and Descendants (which is based on the villains’ children), Cruella (2021) will take a look at the classic evil-doers origin story.

A Reimagining of Cruella de Vil

During D23, Disney released a very different version of 101 Dalmations’ iconic villain. Cruella’s iconic look features an anorexically thin woman wearing expensive black and white furs, and with wild dual-toned black and white hair.  Oscar-winning Emma Stone’s new look for Cruella, based on the released photos, shows a punk rock woman who looks like she may shop in a high-end version of Hot Topic. She’s shown, holding a leash on three dalmatians in the fore-front, with a devil make care attitude.  The canine trio seems to allude to Cerberus, the three-headed canine guardian of hell. Stone’s smirk and raised chin seem to indicate a confident woman. Behind her are her henchmen, with their exaggerated menacing poses in the background. The image also features a run-down building and a vintage scooter.

Not Your Kids’ Animal Flick

Rather than the Lady and the Tramp live-action remake that seems to be marketed and made for young children, the Cruella prequel seems to be aimed at a different crowd. The attitude and styling seem to be aimed at teens and young adults who may have grown up watching the movies and are now ready for an updated version.  I wouldn’t be surprised if the soundtrack featured Sex Pistols, Nirvana, or maybe some Ramnstein based on the look. Of course, Emma Stone also has an Oscar from being in musical, La La Land, so original songs sung by the multi-talented performer are not out of the question.