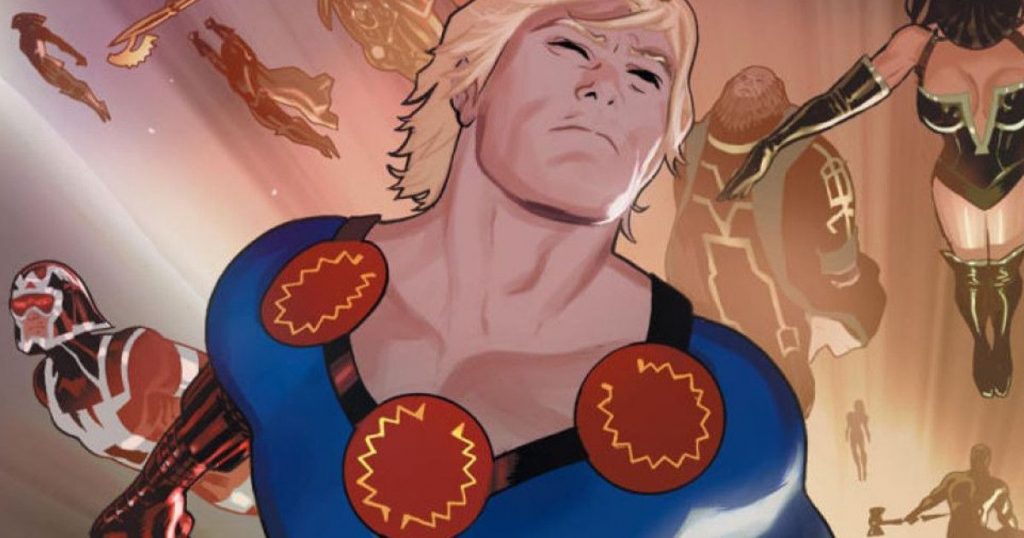 Kevin Feige has been telling us for a while now that they would have an openly gay character in The Eternals. Now we have more information as to what exactly that entails. Tony Morrison shared on twitter exactly what is going to happen with the character.

Unfortunately the responses to this were a mixed bag. People were saying “Yuk”, “Why Tho”, and saying the typical “why does a characters sexuality matter?”.

Why Does this Matter?

I will tell you why it matters. Because we need to support each other and as long as bigotry is still around we need to see positive role models on screen. There are people out there that think because you are gay you shouldn’t be able to have a family, or not be allowed to adopt. Which is crazy because at the same time they want abortion to be illegal because apparently so many people are willing to adopt already. Why not have a couple with extra love be able to take care of a child and show them affection?

Anyway without getting too much into that a lot of us are very excited to see this happen. And for the argument of why does there sexuality matter? Well why does Batman need to kiss Catwoman on screen? He doesn’t but he does in the films doesn’t he. And we’re all just supposed to accept that as normal. Well people have been on the queer spectrum since ancient times and if it disgusts you to see two people in love kiss, then you may want to look away.

Many think that including this kind of behavior in a large movie such as this is meant to desensitize our children or people in general. It’s meant to teach them to respect others, and show them that it’s not wrong to love. If you want to have a conversation with your child about your beliefs that’s fine but you also have to teach them that we shouldn’t judge others for thinking differently.

How Will That Change Things?

Keep in mind that this relationship will not effect the other characters in the MCU and that makes it even easier to accept this. It teaches that even though a persons sexuality is different than yours you don’t have to be afraid of them for being different. That should help future generations be able to deal with feelings toward other individuals as well. Instead of misunderstanding and being hateful or fearful towards someone, be friendly and accepting. The world would be a much better place.

Who Will it Be?

There is still no word on which one of the Eternals will be playing this role of family man.

The Eternals will be premiering in theaters November 6th, 2020