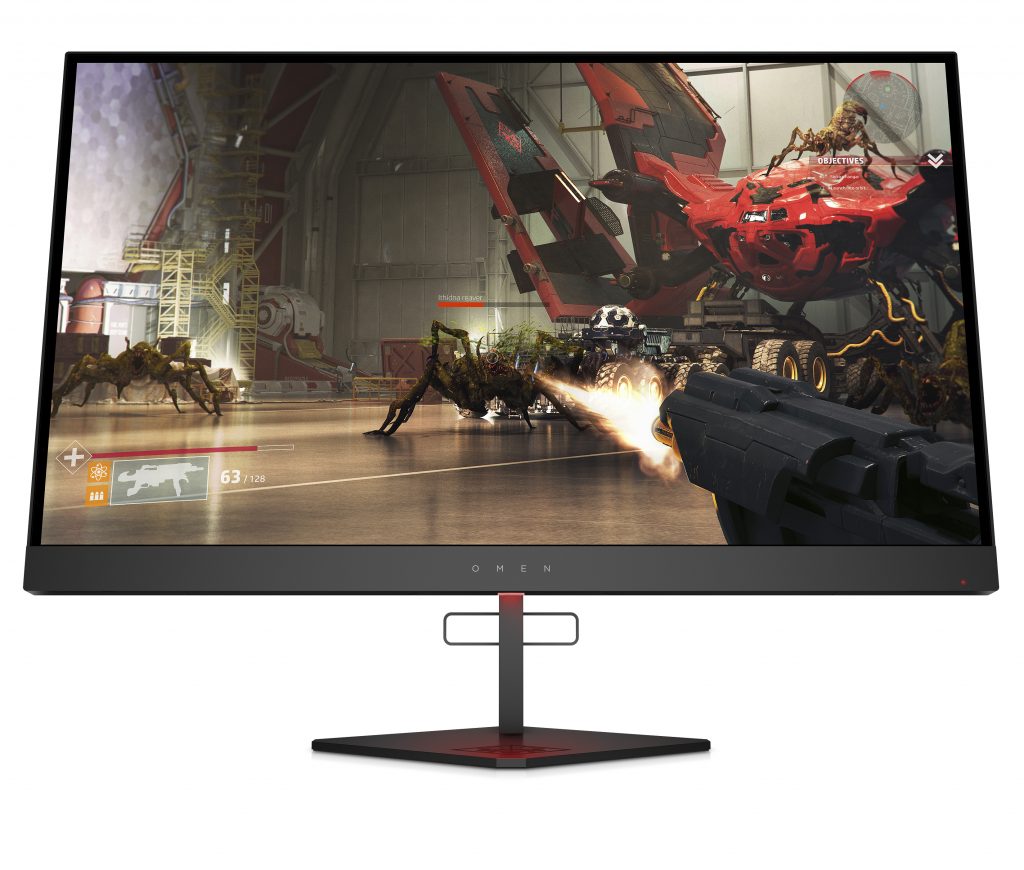 OMEN Command Center – which is available for any Windows 10 PC via the Windows Store – is leveling up with a host of powerful new features designed to make it a central gaming hub.

The new OMEN X 27 makes a splash with a Quad HD2 (2560 x 1440) resolution display that showcases stunning high dynamic range and DCI P3 90 percent color gamut1 for an immersive gaming experience. To keep up with the FPS that high-end PCs muster and esports athletes require, the display rocks an industry-leading 240Hz refresh rate1 with a 1ms response time1 and is AMD Radeon FreeSync™ 2 HDR9 certified to ensure the game screen is clean of tearing even when playing games in HDR mode. This ties up with a bold and eye-catching design thanks to three micro-edge bezels, a full metal height adjustable stand, and ambient lighting that can be controlled via OMEN Command Center4 along with the new patented aim assist feature for a reticle that can be customized by shape and color.

The new OMEN Mindframe Prime Headset includes several compelling enhancements. The revolutionary active cooling feature via FrostCap Technology incorporates a passive cooling feature thanks to a newly added graphite heat spreader which takes advantage of the enlarged earpads10. The built-in 7.1 surround sound powered by C-Media Xear™ creates realistic spatial awareness to accurately pinpoint in-game sounds. Added environmental noise cancelling (ENC) microphones block out extra sound in the room so your voice comes through clear in the heat of battle. Lastly, the new OMEN Audio Lab within OMEN Command Center4 gives full control of the listening experience with a 10-band equalizer that has a variety of presets, audio level customization and on/off switches for the 7.1 surround sound and ENC microphones.

With a blue switch mechanical keyboard currently available in the OMEN 1100 Keyboard, the new OMEN Encoder Keyboard will come with both Cherry MX Red and Cherry MX Brown Switches for those who want incredibly fast and smooth operation or something that’s quieter and has a little bump in the travel path. Complete with 100 percent anti-ghosting with n-key rollover and OMEN Command Center4 integration both keyboard options are built to win.

Travel and Game in Style

Providing high quality lifestyle products is a constant focus for OMEN and has been showcased recently with OMEN Apparel and the original OMEN X Transceptor backpack. The Transceptor line from OMEN continues this trend with the new additions of the OMEN Transceptor 17.3” Duffel Bag, 15” Rolltop Backpack, 15” Backpack to provide a wide variety of traveling options. This is topped off with the OMEN Transceptor Headset Case, which matches up with the new OMEN Mindframe Prime Headset.

The Pavilion Gaming Desktop makes expandability a clear emphasis within a new space-saving 15L design. This design includes expansion slots for up to three storage drives11 and DIY upgradability for memory, graphics cards, networks cards and Wi-Fi cards. CPU options of up to 9th Gen Intel i7 8-core12 or 3rd Gen, AMD Ryzen™ 7 8-core12 processors, graphics of up to NVIDIA® GeForce® RTX 2070 and latest RTX 2060 SUPER™, and up to 32GB DDR4 memory yield the power needed for the latest games or creative projects.

The latest Pavilion Gaming 15 is the first AMD CPU gaming laptop from HP and features up to Ryzen™ 7 processor12 within a bold angular black chassis. With up to NVIDIA® GeForce® GTX 1660Ti with Max-Q13 design graphics, micro-edge bezels with 144Hz or 60Hz1 1080p14 display options, immersion is the name of the game. Dual fan, wide rear corner vent, and enlarged air inlets maximize airflow to optimize overall performance, while keeping the machine cool during extended usage. Built for dependable game sessions, content creation, and outfitted with a Wi-Fi 5 option supporting Gigabyte speeds, this highly portable laptop is built for work and play.

No desktop is complete without a keyboard and the Pavilion Gaming Keyboard 800 features quiet, yet quick red mechanical switches complete with 100 percent anti-ghosting with n-key rollover, a comfortable detachable wrist rest and four-zone LED lighting with on-the-fly backlit modes.