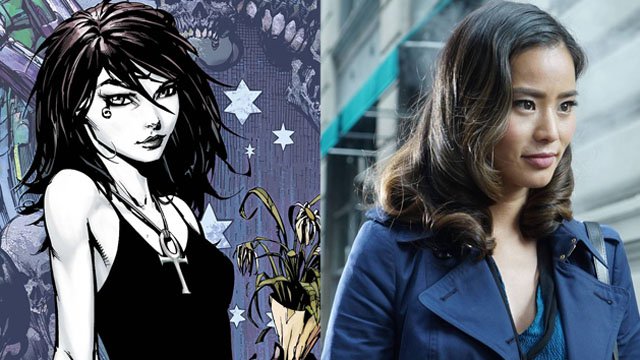 The 2019 DC animated film slate has given us Reign of the Supermen, Justice League vs. The Fatal Five, and Batman: Hush. However, Hush is unique because it included the first DC SHOWCASE animated short in almost a decade.  This fall, the upcoming Wonder Woman: Bloodlines will continue with the trend. Via ComicBookMovie.com, Bloodlines includes a short that centers on Death from Neil Gaiman’s SANDMAN series and Jamie Chung will be our perky and delightful Death’s voice.

Chung is no stranger to the geek world, comic books included. She is best known for starring as Clarice Fong, a.k.a. Blink, on Fox’s The Gifted. She having voiced GoGo in Big Hero 6 and went on to reprise this role in both Kingdom Hearts III and Disney XD’s Big Hero 6: The Series. Additionally, Chung has had recurring roles on Gotham and Once Upon a Time.

Death’s first appearance was in The Sandman vol. 2, #8 in 1989. Gaiman and artist Mike Dringenberg introduced her as the physical embodiment of life’s end, one of the “Endless”. She ushered people into the afterlife once they passed away and was also present for their births much like many mythos on the figure of Death. The character is marked by her gothic disposition: pale skin, black hair, black clothes, and eye of Horus tattoo. Inspired heavily by Siouxsie Sioux.

DC Showcase: Death also follows the SGT. ROCK animated short included on Batman: Hush. Becoming the first DC SHOWCASE short since a Catwoman vignette was included with BATMAN: YEAR ONE back in 2011.