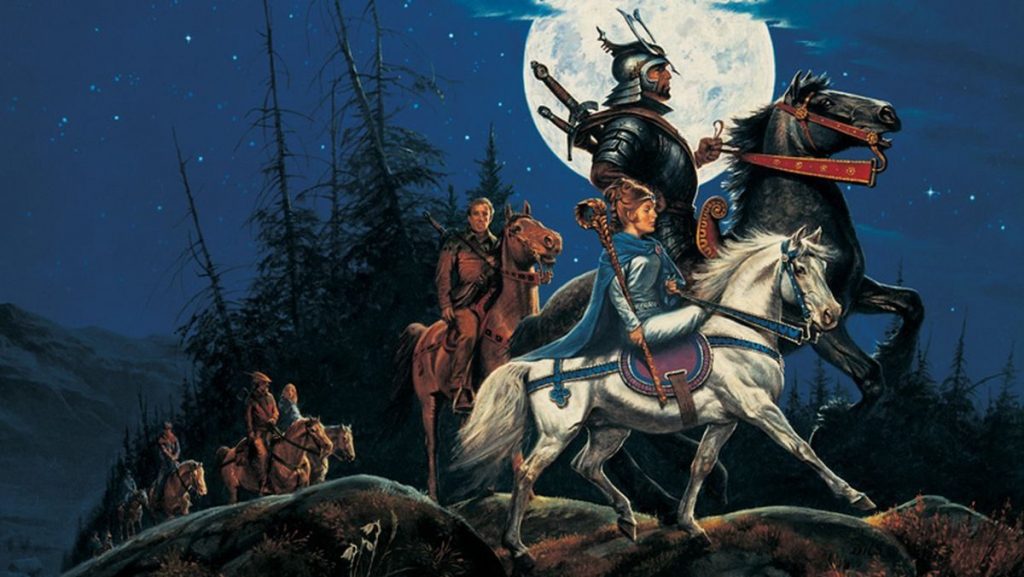 With Game of Thrones” having popularized the fantasy genre once again after The Lord of the Rings made it popular quite a few years ago, many are wondering what the next big thing will be. The Lord of the Rings will be doing its own series, and so many are looking towards that. However there is another fantasy series being developed by Amazon that could take up the mantle. Unlike a certain series of novels, The Wheel of Time books are a completed series. How true they will stay to the books, however, is yet to be determined. a leg up on Game of Thrones is the fact the books were actually completed.
Amazon is getting a roll on with the series and we now have a cast list to share with you:

Joining is Rosamund Pike, who will be playing Moiraine, a lead character in the first novel who guides three young adventurers on a dangerous journey:

Madeleine Madden (Dora and the Lost City of Gold) as Egwene Al’Vere, one of the main female protagonists who is often thought to be arrogant, and someone “frequently described as wanting to learn everything, as fast as possible.”:

Marcus Rutherford (Obey) as Perrin Aybara, a strong ta’veren and wolfbrother who “has exceptional skills in manipulating Tel’aran’rhiod.”:

Barney Harris (Billy Lynn’s Long Halftime Walk) as the great general Mat Cauthon, “the Marshal-General of the Band of the Red Hand, and the husband of the Empress of the Seanchan empire.” :

Zoë Robins (The Shannara Chronicles) as Nynaeve, “one of the most powerful female channelers currently alive.” :

Josha Stradowski (Just Friends) as Rand Al’Thor, “the most central of the three main protagonists of the series” and “the prophesied savior and breaker of the world.” :

The Wheel of Time is a series of high fantasy novels written by American author James Oliver Rigney Jr., under his pen name of Robert Jordan.
The series proper commences almost twenty years later in the Two Rivers, a near-forgotten district of the country of Andor. An Aes Sedai, Moiraine, and her Warder Lan, arrive in the village of Emond’s Field, secretly aware that servants of the Dark One are searching for a young man living in the area. Moiraine is unable to determine which of three youths (Rand al’Thor, Matrim Cauthon, or Perrin Aybara) is the Dragon Reborn, and leads all three of them from the Two Rivers, along with their friend Egwene al’Vere. Nynaeve al’Meara, the village wise-woman, later joins them. Gleeman Thom Merrilin also travels with the group. The first novel depicts their flight from various agents of the Shadow and their attempts to reach the Aes Sedai city of Tar Valon.