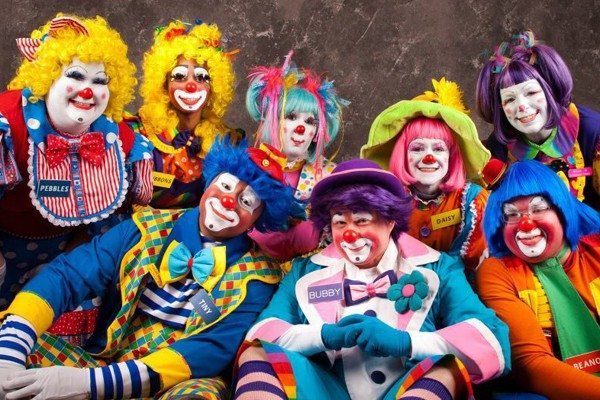 Clowns Only Screening Of ‘It: Chapter 2’ Coming To Alamo Drafthouse

If you’re afraid of Clowns, this is not the article for you.

Well all know that 2017’s Stephen King’s It remake was a mondo success, both critically and financially. The sequel was as guaranteed as a hangover after a Phish concert. And now we’re only a few weeks away from the opening weekend of It: Chapter Two.

Bill Skarsgard as Pennywise… absolute perfection. I wouldn’t be surprised if his performance sparks a resurgence in circus themed scares, sending the storm cloud of clown through the industry.

Seriously, come September 6, everything is going to be clowns, clowns, and more clowns. In fact, Nerdist.com reported on August 2nd that Alamo Drafthouse will be holding special “Clowns Only” screenings of Chapter Two so fans can get their full clown on.

“We’re celebrating the second chapter of Stephen King’s magnum opus with a nightmare-fuelling Clown-only screening of IT Chapter Two. Please come dressed as a clown – the wig, the makeup, the oversized pants and suspenders, the blood-curdling makeup – and sit through this coulrophobia-inducing fright fest with a theater full of fellow… clowns. Good luck. [Insert maniacal clown laugh here.] You’re gonna need it, floaters. “

You can buy tickets by clicking here.

You going full clown for It: Chapter Two? Let Nerdbot know in the comments!!