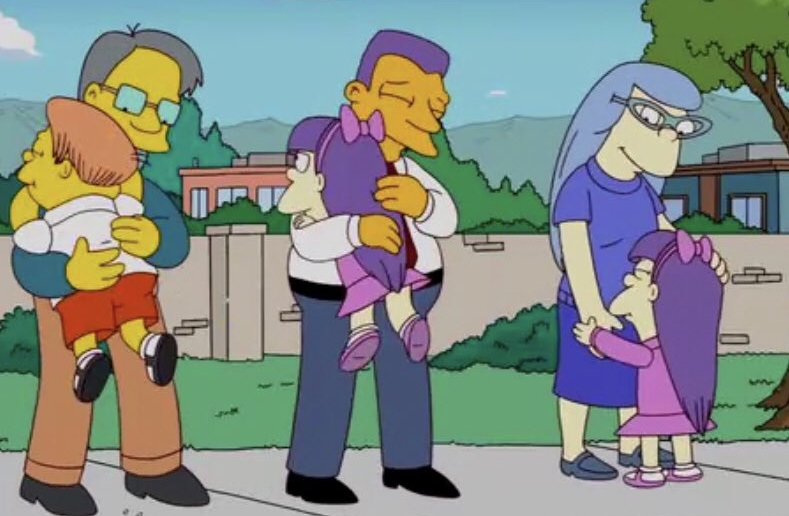 The world is still mourning the death of beloved voice actress Russi Taylor. To most she was Minnie Mouse, to me she was Fauna fairy godmother to my favorite movie, Sleeping Beauty. But most knew her as Martin Prince of The Simpsons. Her voice gave life not only to Martin, but also to the twins Sherri and Terri even Uter who begged for his diorama to be looked at first, to only name a few of course.

Al Jean The Simpsons executive producer even took to social media with the heartbreaking news.

After Marcia passed away the studio retired Mrs. Krabappel who was for the most part, one of the prominent background characters. And not to mention Marcia only played that one character. Even Lunchlady Doris was retired for the time being after Doris Grau passed away. Though she has made a comeback with Tress MacNelle voicing her now. Even Phil Hartman who voiced Troy McClure and Lionel Hutz had his characters retired, but in recent episodes we do see Hutz in the background non verbal character. But this time it is different, Russi gave her voice to several characters. And what will become of them in the seasons to come? Will the producers retire these characters as well? Or will they find new voice actors to pick up where Russi left off? The trend that has been set out from years of watching The Simpsons, is the character is retired. Looks like Springfield Elementary will have to fully rely on Lisa. All in all Springfield right now seems a little gloomier.