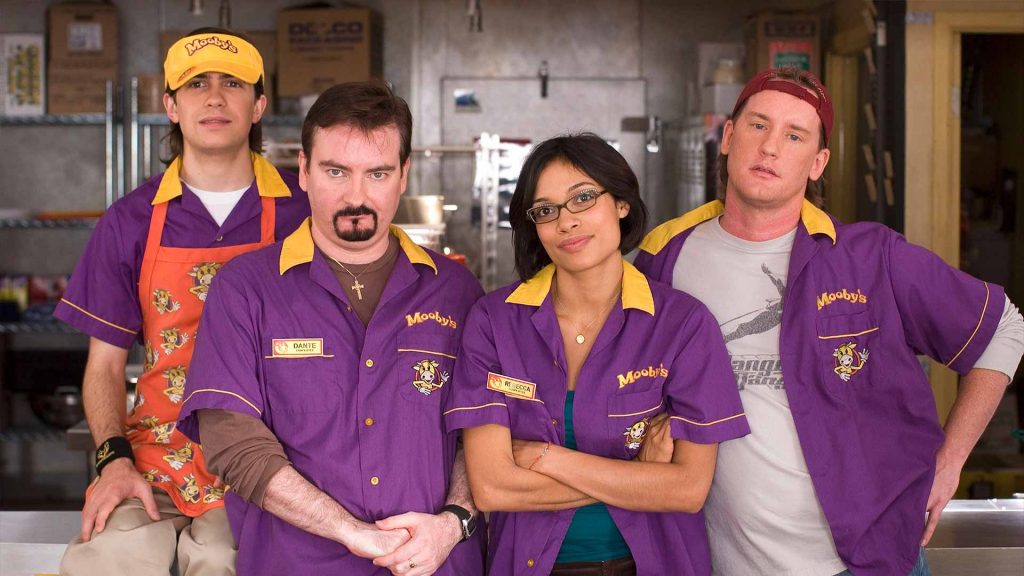 That’s right! folks! The trilogy may actually happen. In 2017, production was set to begin. But, two months before production started on the movie, Jeff Anderson AKA Randall Graves, dropped out, and it was completely cancelled.

Smith revealed at San Diego Comic-Con that he was writing a whole new script to try and lure Anderson back on board:

“When I wrote Clerks 3, I wrote it during a weirder, darker point in my life, and it’s kind of like the King Lear of our movies. I love it, it’s one of my favorite scripts, but it’s dark. It’s bleak, and it’s not what Dante and Randal deserve. We’re never going to make that version of Clerks 3, but I’m going to write a different Clerks 3 and we’re going to make that fucking film, I promise. And in a world where we got to bring Ben [Affleck] back, I’ll be able to bring Jeff back. They gave me this much, I owe them one last thing.”

And there you have it. Me personally, I’m hoping for a whole new level of Clerks debauchery. How can you beat Kinky Kelly and the Sexy Stud?!

One thing we did learn from our fateful heroes..

Kevin Smith will be hosting a reading of his original Clerks 3 script August 3 in Atlantic Highlands, New Jersey. If your lucky enough to attend, let us know how is is…