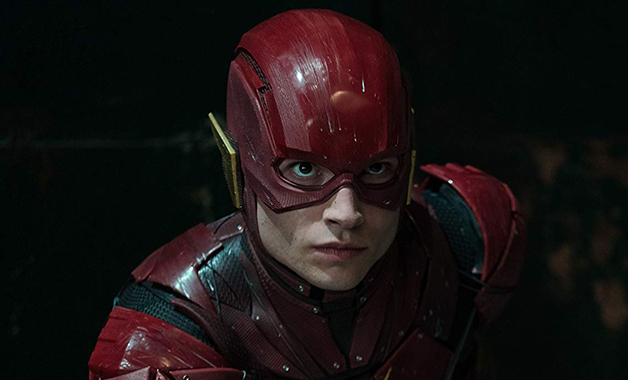 Is IT’s Andy Muschietti In Talks To Direct The Flash?

So The Flash solo movie is still a thing? Not going to lie I totally forgot about that one. In the typical DC fashion, there has been a decent amount of action attached to the project. People have come and gone. Scripts have been written then scrapped. But through a series of trials and tribulations, things may be coming together.

First, let me update you on the most recent dose of DC drama… the project’s creators, John Francis Daley and Johnathan Goldstein have moved on to greener pastures. Ezra Miller and Grant Morrison wrote a treatment which turned out to be a tad too dark for the higher ups at Warner Brothers to greenlight. This led to Christina Hodson (Bumblebee, Birds Of Prey) being hired to write the script. And now the hunt for the director begins.

According to Nerdist.com, the It: Chapters One & Two auteur Andy Muschietti is being considered to sit behind the director’s chair and helm The Flash solo movie. His sister Barbara would also join the project as a producer. Of course nothing is set in stone but if Muschietti handles a superhero movie the way he did remaking a staple of 90’s horror nostalgia, we are all in for a God damn treat!

Now I’ll state the obvious in saying that Warner Brothers has found a winning formula for choosing directors… just find a hot horror director, and see if they want to direct a superhero movie. It worked with both Aquaman, Shazam!, and we all know if something’s not broke, you don’t fix it.

I’m all in favor of a Flash solo movie but the key to this project’s success lies in the ability to distance the character from what we saw in Justice League. Yes, Ezra Miller is expected to still play him. Granted Barry Allen can be lighthearted comic relief, but he’ll have to be tweaked and given a little substance. A new suit wouldn’t be too bad either, I absolutely hate the stupid thing he has now;

Also, people need to forget about the Snyder Era for a few more years. Aquaman being an exception, but let Shazam!, the Joaquin Phoenix Joker, the Birds Of Prey, all have their time in the sun. Then Battinson will make his debut. Then maybe, just maybe, we try another go at the Flash.

Lord knows I’m interested and will be following developments as the story progresses. So keep checking back with Nerdbot!

Do you want a Flash solo movie? Let Nerdbot know in the comments!!