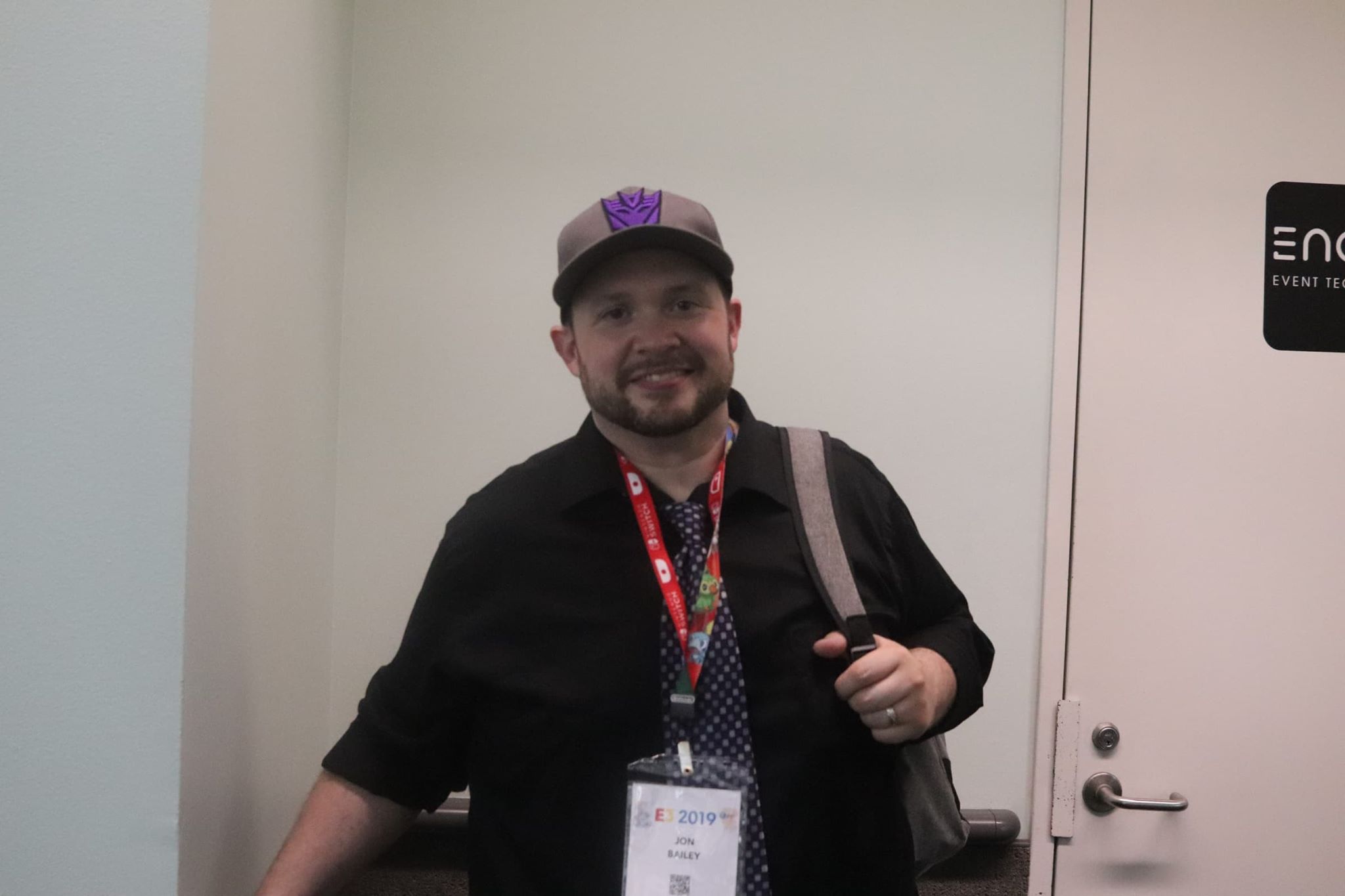 Jon Bailey has been a voice actor for 10 years and has worked on a number of different projects if it’s not from video games, youtube videos, even cartoons. He’s done a lot of work with Xcom, Transformers, and Marvel Vs Capcom Infinite.

One thing that is different from voice acting as opposed to on screen acting is the set up. “It’s a lot easier on the side of things you don’t have to get ready for hours and hours and you don’t have to go through hours of makeup and go on location” said Bailey. But it performs the same way. The way he had started was pretty inspiring, his wife had made him a social media page that had a pop up ad that lead to a local studio. His local studio work had gotten him notice by people in LA all while that was going on he had following on youtube and people had noticed him through that as well. The perfect storm came together for him and helped him brand himself. “I started from nothing” said bailey.

Bailey reflects on his childhood memories to when he first her optimus prime actor on the original voltron cartoon he thought to himself “Man that’s what I want to be one day is that” He wasn’t too sure what it meant at the time so we took it upon himself to educate himself on who voice who at the time. “Back then there wasn’t much internet there wasn’t a lot of information compiled for you yet” said bailey. After that he networked as much as he could as well as all the proper coaching too.

Bailey goes on to say on how certain jobs are more of a strain on your throat than others. Video games is one that he mention right off the bat. “Video games often require battle screams, and victory cries,and getting hurt, or attacking other characters.” stated bailey. He went on to explain it’s best to plan those when you know you’ll have time to recover from them. He then went on to explain how you can’t get sick at all. Being a father of children makes it that much more difficult for him to stay in good health. Calling out of work isn’t an option in this industry at all. He explains why “If you are sick then somebody else will just get the job and that could cost you.”

When asked about how one could get into the voice acting industry bailey stated that in today’s day in age it varies. You could know the right people, or have a large social media following, or even having a good reel on youtube could land you a job. Back then it used to be fairly easy to become a voice actor. “You had to be in Los Angeles you had to have some kind of reel. You could literally walk off the street into a studio and say hey I wanna do funny voices.” said bailey. But in today’s age times have changed and you have a lot more people wanting to do this, making it that much harder to land a job.

Jon Bailey is one of the few youtubers who’s made it into a professional field of work that he’s in. Not many who have sought out to do so have actually succeeded in it. He explains how youtube isn’t a great way to try to make it professionally because of how many people are out there trying to do what your doing. He still struggles with getting success on his own youtube channel.

He goes on to explain how it’s different in every media for voice acting. Bailey mentions the Mortal Kombat 11 a popular fighting game and how they talk at a slow rate. “You have to give the player time to read through the subtitles if they’re hearing impared and the audio has to match the length of the subtitles.” So the actors have to say there lines in a set amount of time, and have to talk against there normal standards. He explained how in commercials and trailers you have to say so much in such little time.

One of his favorite jobs are the ones where he gets to voice transformers. He’s done optimus prime in cartoons and even shock wave and sound wave in the bumble bee movie that came out in 2018. The two transformers that he voiced in the movie were his favorite growing up and even till this day. He was unaware of the time when he was doing the VO for the transformers in the bumble bee movie that Travis Knight was in the room with him. And they just talked about transformers all day. “I’m sitting there having this conversation about shock wave and sound wave with travis knight like we’re just bros who like transformers.” Said bailey. It didn’t dawn on him till after he was done that he had just geeked out with the director of the movie he was voicing.

One thing he would like to have is a regular or a recurring role in an animated series. In an audition that he did and won fair and square and not a youtube animated short. He would love to get an actual network series. He explained how its hard to do because there’s a small circle of voice actors who do just about everything. He explained how networking is the key to break into the mainstream audience and you have to have a strong following too.

Jon Bailey is an incredibly talented gentlemen who truly has a gift. If you find yourself with free time be sure to look him up his username is the same thing across the board @EpicVoiceGuy

Tariffs Coming to a Video Game Near You, Prices Increasing by 25%