NERDBOT
Home Gaming ‘Gods and Monsters’ Game: Everything We Know So Far

Everything you need to know about Ubisoft IP Gods and Monsters from the creators of Assassin’s Creed Odyssey.
Described as “storybook adventure” set in a fantasy open-world of Greek mythology.

The trailer reveals to us some the world and some of the monsters that will be featured within the land as well as its interesting “painterly” style. But most importantly, it gives us a release date:
Available on PC, Xbox One, PS4, and Nintendo Switch on February 25, 2020.
Gods & Monsters is also scheduled to be available on Google Stadia, and will be included in Ubisoft’s new UPlay+ subscription service for PC.

The game allows you to create your very own customizable character to set on a journey to save the gods who have fallen prey to Typhon; the most formidable foe in the picturesque land provided.
We also know that the Olympian gods have provided the hero with special abilities in order to face the variety of monsters from Greek mythos.
As of now we do not have any game play in order to speculate further. How will game mechanics work? How will the special abilities be dished out to the hero?
But what we do know is that Ubisoft has said there will be challenging puzzles and well as dungeons in the open world setting they provided.

What do you think of the game so far? Are we excited? 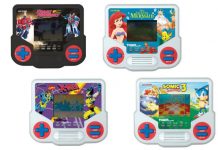 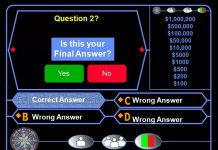 New Teaser For The Predator Released

Sony & Disney Bond Over Fans, Reassuring Us Their Relationship is...