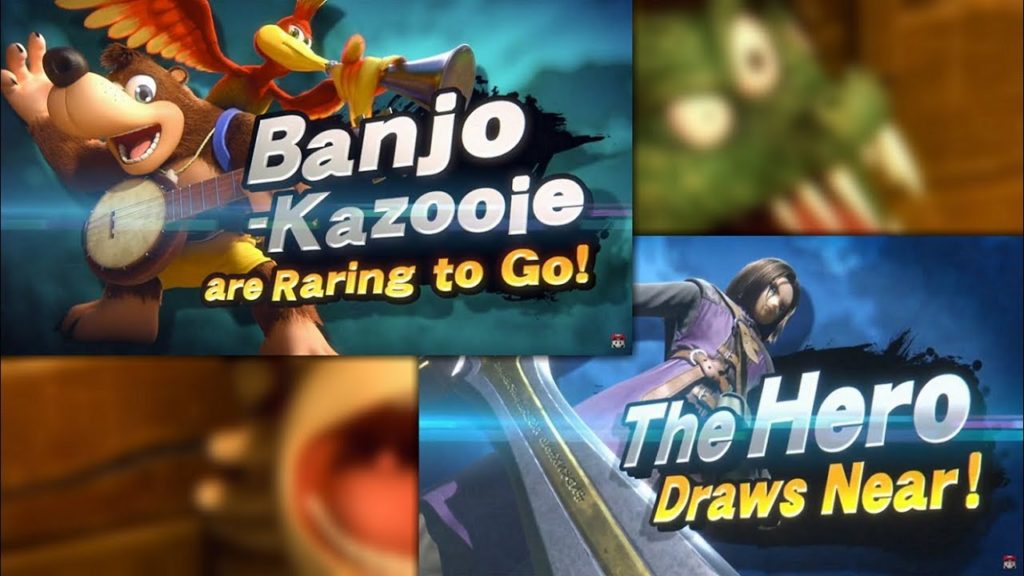 The wait is finally over Super Smash fans! Following the completion of the Super Smash Bros. Ultimate World Championship tournament this weekend, Nintendo announced the newest additions to the Smash roster during their E3 2019 presentation. In an unexpected turn of events, Nintendo revealed two new fighters joining the fray- the Hero from Dragon Quest XI and the much-beloved Banjo-Kazooie.

Arriving in Summer 2019, Dragon Quest XI’s Hero will join the fray with his sword and magical spells. In his reveal trailer, we see the Hero step in to help Link out against Marth and Meta Knight. His alternate costumes for the game will include the Heroes from Dragon Quest III, V and VIII. The Hero’s Final Smash will include other protagonists from the series’ history as well. The Hero will be a welcome addition for JRPG fans, especially since he comes on the heels of Joker from Persona 5 joining the Smash family.

After the Hero’s big reveal, Nintendo switched over to a scene in which Donkey Kong, Diddy Kong and King K. Rool are chilling in DK’s place. Suddenly, a gold puzzle piece skips across the floor and draws the three’s attention to the window. Outside, a shadowy bird and bear figure turns out to simply be the Duck Hunt duo. As the Duck Hunt dog mocks the three, Banjo and Kazooie descend from the sky and onto the scene. Similar to their original titles, Banjo will throw punches while Kazooie throws eggs and helps Banjo sprint and float. Banjo-Kazooie’s Final Smash shows off the series’ Jinjos. The duo will make their appearance in Super Smash Bros. Ultimate in Fall 2019.

Super Smash Bros. Ultimate fans have a lot to be excited about after Nintendo’s E3 presentation. As they continue to train with their favorite characters, they can look forward to these fantastic new additions in the near future!