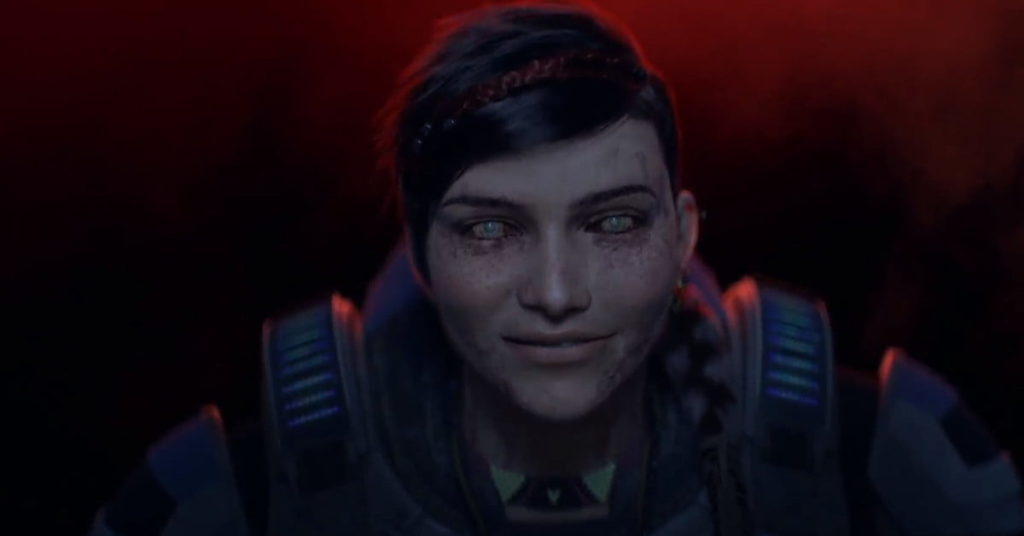 Gears of War 5 has finally gotten a release date that being set to September 10th, and from what has been said so far the game is going to be focusing on Kate and her ties to the locusts.The trailer didn’t really show too much at all. All it did was show her but with many faces coming out of her while it looks like she struggles with her connection to the queen. But there was one part that stood out compared to the rest, for only a second or two she looks like she goes full locust queen. We don’t know anything right now but it seems like they’re just building more hype for the game.

The mode escape opens up with a man narrating about the attack on the locust but how they’re planning a counter attack on them. It then shows a squad of COG soldiers who are unnamed go into what we can assume are a locust base and are getting ready to plant a bomb.

Of course things quickly go south with droids and locust appearing to come out of every corner attacking them. With a nice cinematic of them trying to escape and fight for there lives.  If the game is pre-ordered they’ve announced that you’ll get a terminator skin to wear as you run down the battlefield in the online multiplayer.