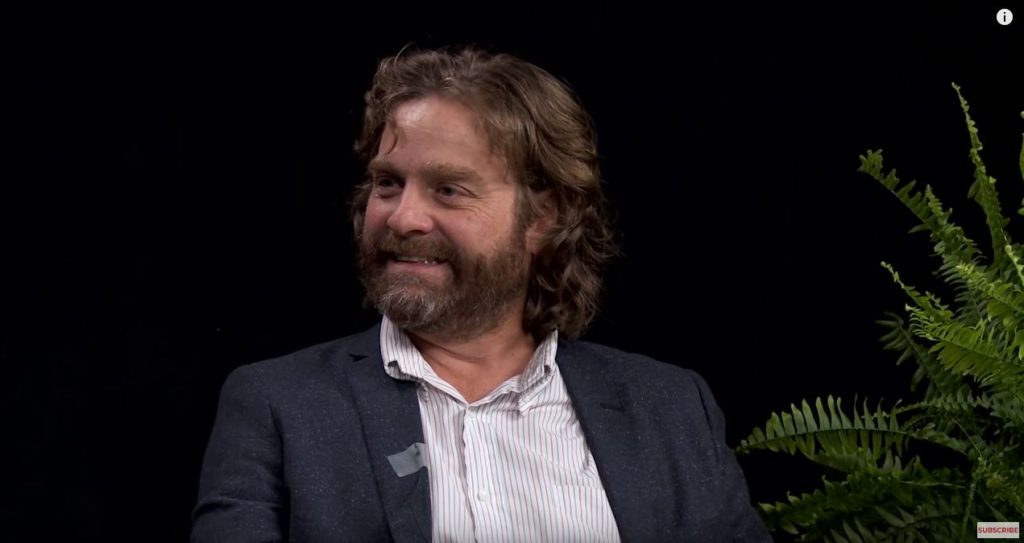 “Between Two Ferns: The Movie” to be Released on Netflix this September

At the FYSEE Event for “My Next Guest Needs No Introduction” With David Letterman in Los Angeles, Zach Galifianakis announced his new film “Between Two Ferns: The Movie” will be released globally on Netflix on September 20th, 2019.

Directing this film is none other than Scott Aukerman. Co Writing the script is Aukerman and Galifianakis, and Producing are the two and Funny or Die’s Caitlin Daley and Mike Farah.

The sypnosis for the film is this:  Zach Galifianakis dreamed of becoming a star. But when Will Ferrell discovered his public access TV show “Between Two Ferns” and uploaded it to Funny Or Die, Zach became a viral laughing stock. Now Zach and his crew are taking a road trip to complete a series of high-profile celebrity interviews and restore his reputation. Directed by Scott Aukerman, BETWEEN TWO FERNS: THE MOVIE is a laugh-out-loud comedy that gives new insight into the curmudgeonly, beloved outsider Zach Galifianakis has created over the years.

If you have seen any of the Between Two Ferns then you know that we are in for a real treat for this. You add in the mix Scott Aukerman who is insanely hilarious on his podcast and tv show Comedy Bang Bang and you just can’t lose. This seems like the dream team of current comedy. If they do this right(which they totally will) you can expect to be laughing your ass of at uncomfortable and awkward encounters.

What do you think of this movie announcement? Tell us in the comments!