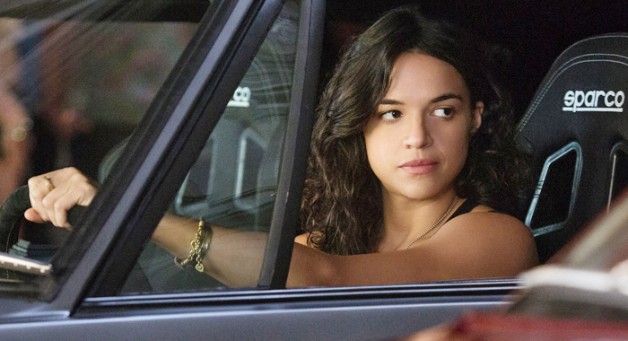 Michelle Rodriguez will be reprising her role as Letty Ortiz in Fast&Furious 9, under the condition that a female writer is added to the production. No name has been provided for the female writer as yet. Rodriguez has been with the franchise since the beginning, having appeared along with Vin Diesel, Jordana Brewster, and the late Paul Walker in the original The Fast and the Furious movie back in 2001.

In June 2017, Rodriguez had said that she would not return to the series unless the producers were to “show some love to the women of the franchise on the next one.” Producer and co-star Vin Diesel had publicly voiced his support for Rodriguez at that time. While talking to EW in May 2017, Rodriguez said, “First and foremost, bringing some more women on the good team, not just bringing an amazing actress to play the bad guy, and having more female camaraderie, having women do things independently outside of what the boys are doing — that is truly the voice of female independence,” and “Now, having girls run around and do a bunch of really cool stuff, that’s great, it’s wonderful, but we never talk to each other. It’s very rare that they even look at each other. I’ve been making movies with Jordana [Brewster], who plays the sister of Dom Toretto, for 16 years and I can count on one hand how many lines I’ve had to her. I think that’s pathetic and it’s lack of creativity. Guys don’t know what girls talk about. They think that girls just sit around talking about guys and it’s a sad truth of men being the dominant writers in Hollywood.”

At the recent Bloomberg Future of Equality Summit in London on May 16 Rodriguez said, “I felt like there was not enough of a female voice in the franchise. You should evolve with the times, not just pander to certain demographics that are stuck [in the past].” Rodriguez has also said that she was tired of having to re-write lines that men wrote for her to say in the films.

Jordana Brewster will also return as Mia in Fast&Furious 9.

Other casting news about the movie includes Dwayne Johnson’s departure to do the spin-off film Hobbs and Shaw, and the recent addition of John Cena to the cast (perhaps to fill the gap left by Johnson).

Universal announced earlier this year that there would also be a female-centric spin-off movie in the franchise that would be written by three women: Nicole Perlman, Lindsey Beer, and Geneva Robertson-Dworet.