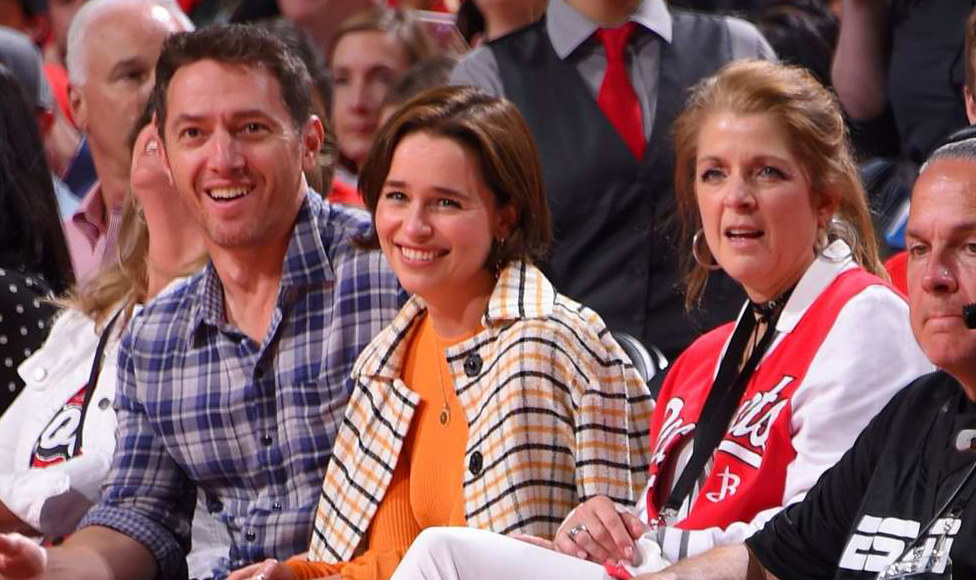 A magical moment happened during the Houston Rockets v. Golden State Warriors game at the Toyota Center in Houston recently. Having been recognized in the audience the mascot for the Houston Rockets decided to take the opportunity to bend the knee to Khaleesi and pledge his allegiance funnily enough with a Starbucks coffee cup in hand.

The best part is that during the broadcast of the game someone in the studio had the time to type out the whole name of the Targaryen Queen. It just goes to show that while the series is coming to an end this has made an impact on all of us. We will never forget her as Mother of Dragons!

*I don’t really follow basketball but this was pretty interesting. Also I wonder if he would have changed his mind after last nights episode. Hope you enjoyed!