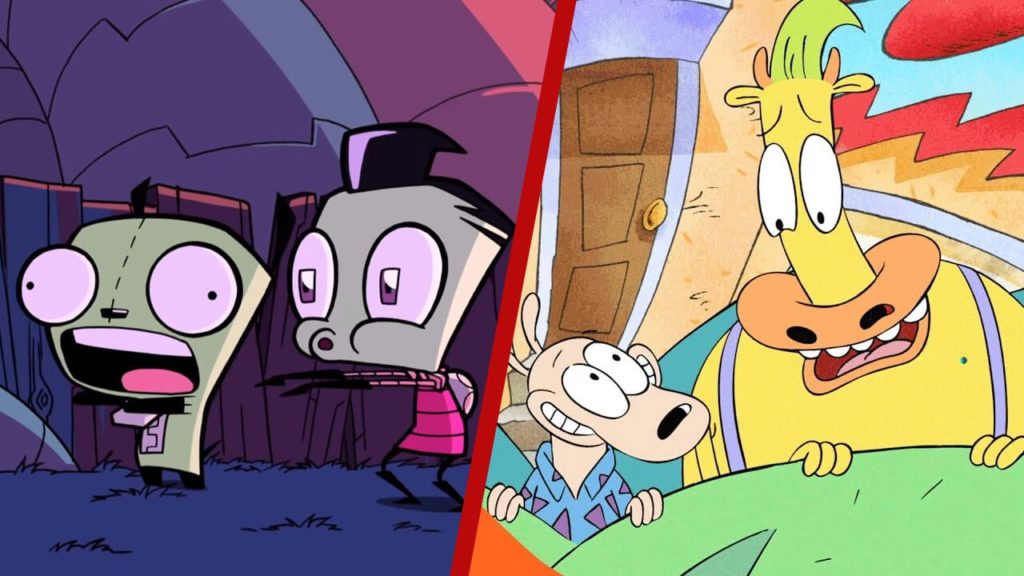 Yesterday it was reported that Netflix is doing us a huge solid and has acquired two films that had been made by Nickelodeon and previously unaired. During a call Bob Bakish, the President and Chief Executive Officer (CEO) of Viacom announced that Nickelodeon has sold the rights to both made for TV movies.

This is great news for fans of Rocko’s Modern Life and especially fans of Invader Zim because now we may actually get to see these films. Rocko’s Modern Life “Static Cling” was finished over a year ago but with the hype for the Hey Arnold Movie not having hit the amount of interest Nickelodeon had hoped they put it on the shelf. Static Cling finds our friends Rocko, Heffer, and Filbert stuck in space where we left them in 1996(has it been that long?). They showed a preview clip at San Diego Comic Con in 2018.

The Invader Zim movie was finished two months ago, according to the creator Jhonen Vasquez via twitter. “Enter the Florpus” is supposed to be based more off the comic book than the show and was shown off last year as well.

This wouldn’t be the first time that we have seen Nickelodeon on Netflix. They have aired the cartoons on their kids version for a while now. What I hope happens after this is that they get enough play so that perhaps Netflix will buy these series outright and add them to the ever growing line up of shows that they have available.

When they will air is not known but we do know for sure that they are coming. And hopefully soon!