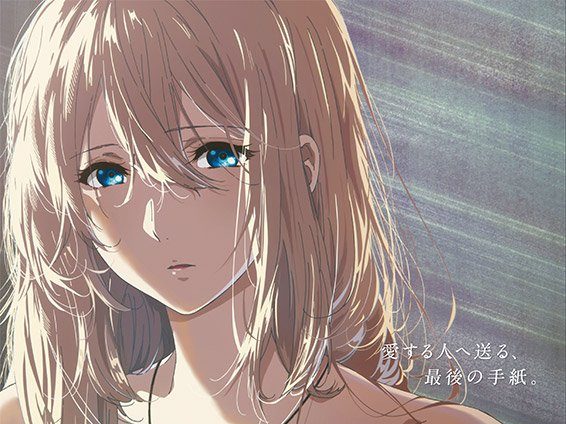 After having watched Violet Evergarden and falling in love with the character I have been watching what they do with this series closely. If you have watched the show on Netflix you know that while the animation and the story is beautiful it is also a really harsh tear jerker and really pulls at the heart strings. Now Kyoto animation has announced that another film will premiere January 10th 2020 for the series and has released this teaser to go along with the information.

While we only know information on the Japanese premiere at this time we can probably expect Netflix to obtain it sometime after that for American audiences to enjoy. And to be honest with you.. I can’t wait for it to happen. This is a series that has taken from the original manga and expanded on it to branch out into it’s own story. So far Kyoto Animation has done a beautiful job handling everything and they have kept the story in tune of the original manga.

There will be a spin off anime happening for it sooner than the release of the film called Violet Evergarden: Gaiden – Eien to Jidou Shuki Ningyou – (Eternity and Auto Memory Doll) and will have a limited two week run in September from the 6th to the 19th. Haruka Fujita (Sound! Euphonium) is directing the side project.

Have you seen Violet Evergarden? What do you think of it? Tell us in the comments!