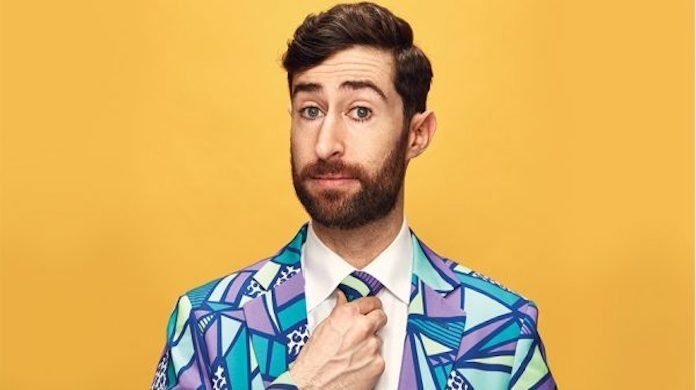 Scott Rogowsky Forced to Leave HQ Due to Conflict of Interests

Have you heard of HQ? It is the mobile game show that took the world by storm this past couple years. A trivia show that you could play anywhere there was 4G or Wifi with themes like Simpsons Trivia or Game of Thrones. Basically anything you could imagine in Bar trivia they did. And the did it well because at it’s peak they had millions of players at a time.

The face of this game show was a man named Scott Rogowsky, who would host and ask questions to his “HQTIES”. He is funny and charismatic and was what drew in many players with his sense of humor and quick wit. It seems that he is not able to stay on HQ and that he was not even given the chance to say goodbye to fans on the show. He addressed it on Twitter,

It seems that the new president of the company Rus Yusupov, who took over HQ after the former president Colin Kroll died last year, would not budge with Rogowsky when it came to him hosting two shows simultaneously. HQ wanted him exclusively and while Rogowsky would have liked to stay on and do both unfortunately that just wasn’t possible. Rogowsky is now going to be hosting exclusively a MLB show called “Change Up.” And while we are sad that he will no longer be hosting the game it’s good to see him move on from the show.

HQ has been losing more and more players lately and it seems that this will be a great move for Rogowsky. It was a good place for him to start but now that he is so well known he can excel in this new endeavor as well.

What do you think about this? Did you play HQ? Do you still? Tell us in the comments!