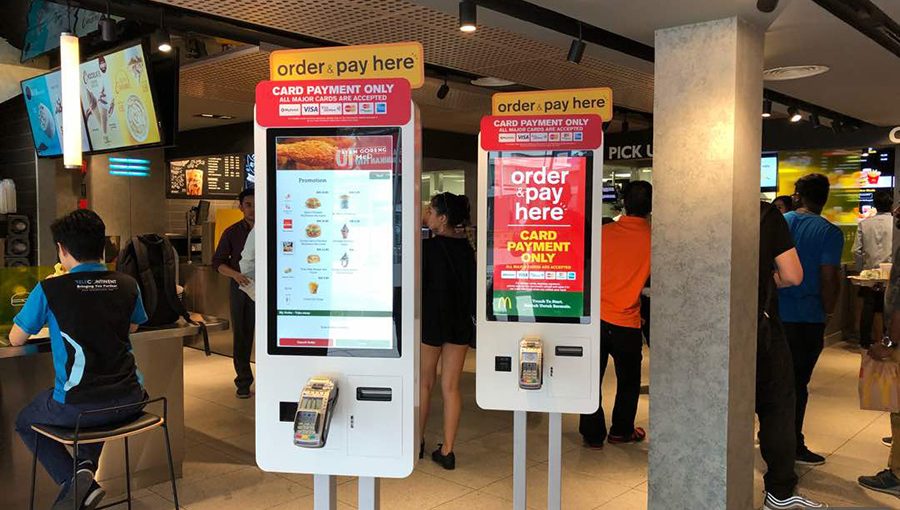 When McDonald’s touch screens were installed in stores there was a fear that people would lose their jobs to them. I remember the talk about how they would be replacing associates that worked the counters with them. Well apparently in the UK this means the cleaning crew as well because after an investigation where they tested random touch screens they found fecal matter on not just one, but all the screens they tested.

The tested six locations in in London and two in Birmingham and all showed the same results. Senior Lecturer in Microbiology at London Metropolitan University Dr. Paul Matawele told the Metro that, “We were all surprised how much gut and [fecal] bacteria there was on the touchscreen machines. These cause the kind of infections that people pick up in hospitals.”

These bacteria are highly contagious and cause a number of different ailments. One of the bacteria, staphylococcus, has been linked to Toxic Shock Syndrome. Other things that Dr. Paul Metawele was concerned about was spreading other ilnesses conected to listeria, klebsiella, and proteus strains found.

When the metro reached out to the McDonalds in the area all that they said was, “our self-order screens are cleaned frequently throughout the day. All of our restaurants also provide facilities for customers to wash their hands before eating.”

You would hope that maybe an apology and promising to promote cleanliness would top the priority list for the food chain but from their statement it seems they are unconcerned. Maybe they will put up a sign that says please wash hands after use but that would be about it.

Again this is in the UK so we don’t know how clean they are kept in the United States, but you may want to have some antibacterial hand soap or some wet wipes on hand if you plan on using one of the order screens. Just in case.