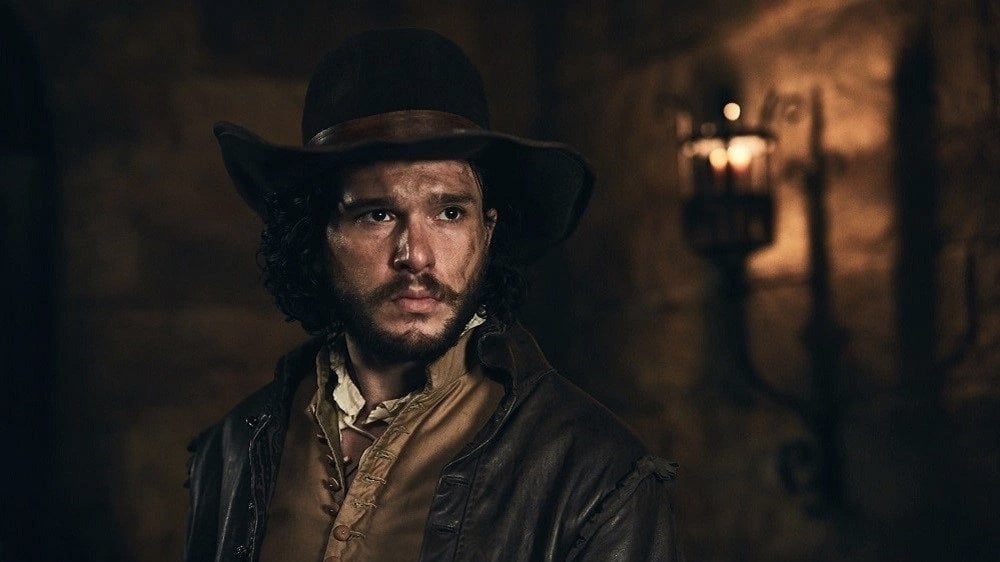 King Of My Heart: Revisiting the Kit Harrington Oeuvre

I got to admit, I am not taking the end of Game of Thrones all that well. After reading and watching the series multiple times, I am dreading the end of the tv show later this year. Sure, we all know The Winds of Winter is coming, but it still looks like its going to be a long LONG time before that comes out. Which leaves an indefinite dry spell where I won’t have new adventures in Westeros in my life that I have not written myself as sexy fan fiction.

In order to help alleviate the pain of my coming existence, I decided to see if I could go back and watch anything that features some of the actors on the show. One of my favorite characters on the show is that beautiful fool, Jon Snow. Kit Harrington’s brooding king of the north has had quite a journey as he matured into a potential co-ruler of the seven kingdoms and beyond. In order to get my fix of political intrigue mixes with somber looks of sadness, I checked out his recent BBC mini-series Gunpowder. The show came out on dvd this month and, having missed its initial run on HBO, I decided to see if it stands as a decent substitute for dragons, sex and magic.

The show is a telling of the notorious gunpowder plot of 1605 that was devised by a group of English Catholics to destroy the House of Parliament. While most people know about the famous conspirator, Guy Fawkes, it was actually a whole network of people who worked on the plan. Harrington plays Robert Catesby, who was the actual inspiration for the plot and helped set things in motion. The role is fairly significant for Harrington since he is actually a direct descendant of the character he portrays in the series.

The first episode sets the stage for how Catholicism was viewed as a giant threat by the protestant England. Catesby is taking part in a secret Mass ceremony that is interrupted by constables headed by William Wade who are looking to take down any dissident practice of religion. The confrontation ends with several worshipers captured and executed. The experience drives Catesby to start working with others to start the infamous plan in to motion.

Even after doing a cursory look at the actual history, it is clear the show plays a little fast and loose with the facts. The show is not meant to be a documentary but really a mood piece to show off the production design and costumes. The show really pulls off the time period and gets at both the elegant rooms of King James and the squalid streets of urban England. The show uses a page out of the Game Of Thrones playbook by using some pretty extreme violence to keep audiences involved. On a purely visual level, the show is nice to look at with the detailed sets and costumes, even when someone is getting graphically disemboweled.

The acting also matches and fits in with the BBC model of drama. The actors all look great with solid character actors like Peter Mullan putting extra heft into their roles. Liv Tyler makes a welcome appearance as Anne Vaux, a Catholic noblewoman who helps for the cause. Harrington knows how to act the part of guy navigating old time politics in his sleep so he fits in well as a man becoming more and more radicalized by the oppression around him.

If nothing else, the show took my mind off my waiting for GoT for at least a few hours. The acting and design were just enough to make me think I was watching some alternate story happening in a parallel universe. Among the things I have seen with other cast members, (I am talking about you Terminator: Genisys) I found this a fairly decent way to spend an afternoon.

If you are interested in watching the show you can pick up the DVD/Bluray relatively cheap. Only $15 on Amazon at the time of this writing and well worth it.