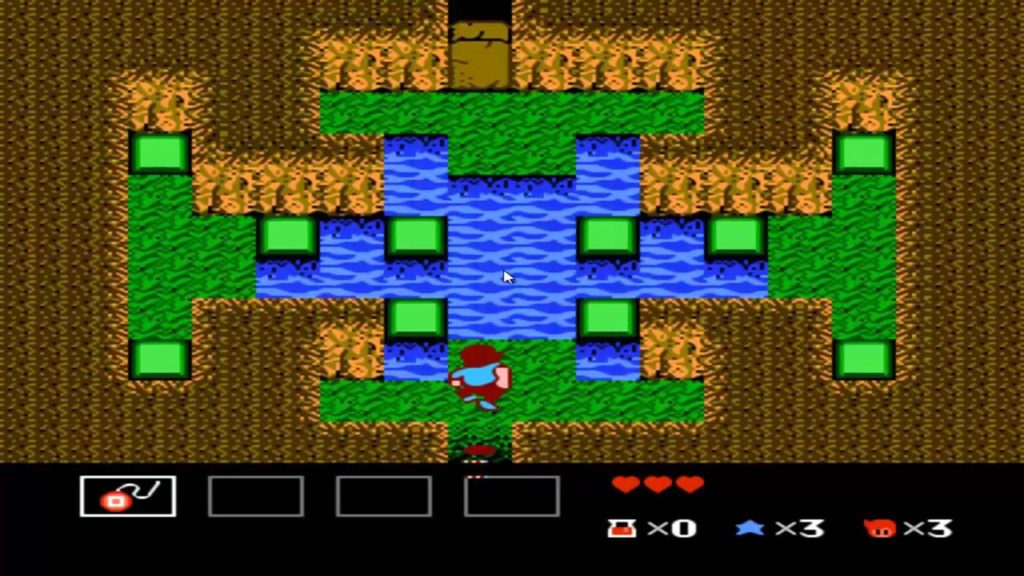 For the past few months, Nintendo has been rounding out their paid Switch Online service with a smattering of games from the NES era. In the tradition of Nintendo frequently hyping things that is then quickly forgotten, it does not feel like the company has much invested in it. While it is nice to have classics Super Mario Bros. 1-3 and stuff like Excitebike on my system, a lot of the library is a little more obscure. A couple of the releases have even been just straight up mods of existing titles that allow one to start The Legend of Zelda or Metroid with all the power ups already unlocked. This is all well and good but it feels like an afterthought when compared with the surprise launch of games like Tetris 99 which blew up a couple weeks back. With that in mind I thought it might be fun to play this months announced titles since they are both titles I have heard of but never actually played. I am paying for this service so I figured I might as well try to see if I missed out on a hidden gem or if I am going to simply ignore the whole thing to play some more Splatoon 2.

This was always a title I knew about by reputation but never even seen in action. My first impression was his appearance in Captain N The Game Master where he was an obnoxious snot who ended every sentence with “acus.” In a show that bastardized a whole slew of game characters like Mega Man and Simon Belmont, Pit stood out as being especially annoying.

Who on God’s green earth thought this was a good way to sell video games?

It made me even less interested in tracking the game down and never bothered even when I was actively trying to collect retro games. The last time I paid attention to him was when Kid Icarus Uprising popped up on the 3DS. The game had some good reviews but I never bothered because I heard the controls were pretty awful and when it was announced that you needed a stand to play it properly, I backed the hell off. The whole point of a handheld is that you can move it around freely so the idea of having to sit at a table to play a 3DS game sounded blasphemous. So already I had a pretty low opinion about Pit when it was announced the NES game was being added to the switch. Did the game change my 30 year long stance on the winged boy wonder?

The game itself is a pretty slight vertical side scroller where Pit has to navigate perilously uninteresting heights while getting cheaply hit by monsters that constantly move around your path of fire. There are elements of an adventure game where there are side rooms with traps and challenges but, at least in the early going, you end up battling waves of enemies only to receive nothing in return. At one point early in the game I had the damn thing actually crash and send me back to the beginning of a stage which was pretty impressive. I had heard that the soundtrack was well regarded but honestly the music was shrill and annoying to listen to. This is definitely a game that probably only works for those who played it the first time around or just enjoy seriously dated gameplay. Looking at videos of the game promise at least slightly more color but the game is just not fun enough to try to play anymore. The game over screen for the game summed up my enjoyment overall.

You and me both, buddy.

Time Played Before Getting Annoyed: 11 Minutes

Save State Made?: Nope

Worth The Nintendo Online Subscription?: Nah

So after having a pretty crummy time with Kid Icarus I was feeling a little demotivated with this whole idea. And I had at least heard of Kid Icarus before starting, while Startropics was a game I knew absolutely nothing about. In 1990 my time was spent playing only Mario 3 and Ducktales so anything else coming out in that time would have been completely ignored. So when I started the game I didn’t know what game it was going to be. Turns out the title is something of an adventure game similar to Legend of Zelda where you play a kid named Mike trying to find his Uncle. Almost immediately I was best with Adventures of Link vibes where you start in an overworld and have to go to a town to talk to villagers who give one sentence responses. However, what sets this game apart is when you come upon a dancing pig who, when you talk to him, turns around to present his one pixel anus to you. His dancing butt was enough to dispel my sour mood and my immature giggling fit was enough to convince me to keep playing.

I mean, how do you not play a game that features something this glorious?

The game really gets going when you are tasked to navigate caves and tunnels while solving puzzles while dodging rats and monsters. The gameplay is nothing special but I actually had some fun working through the early puzzles where you have to jump around on tiles to find hidden switches. It might be because I came right off a game I really did not like but I ended up enjoying the look and sound of the game and wanted to keep exploring to see what the next room would be. It was a little challenging but not too hard to frustrate and I usually only died once before figuring out what to do an moving on without a problem. Doing some research, I found out that I would eventually get to a point where the game would become impossible to solve. The original game came with a physical letter that had a secret code on it, and when it was immersed in water, would show how to progress. When the game was released again for the Wii Virtual Console, the letter was included in the digital manual. The Switch version doesn’t have any of that so anyone that gets to the point in the game where you need the code will be out of luck. I guess it’s a bit much to ask for a solution when you have google at your side but being that lazy is both amusing and annoying. Either way, I plan to at play this for at least a little while longer so I call that a win.