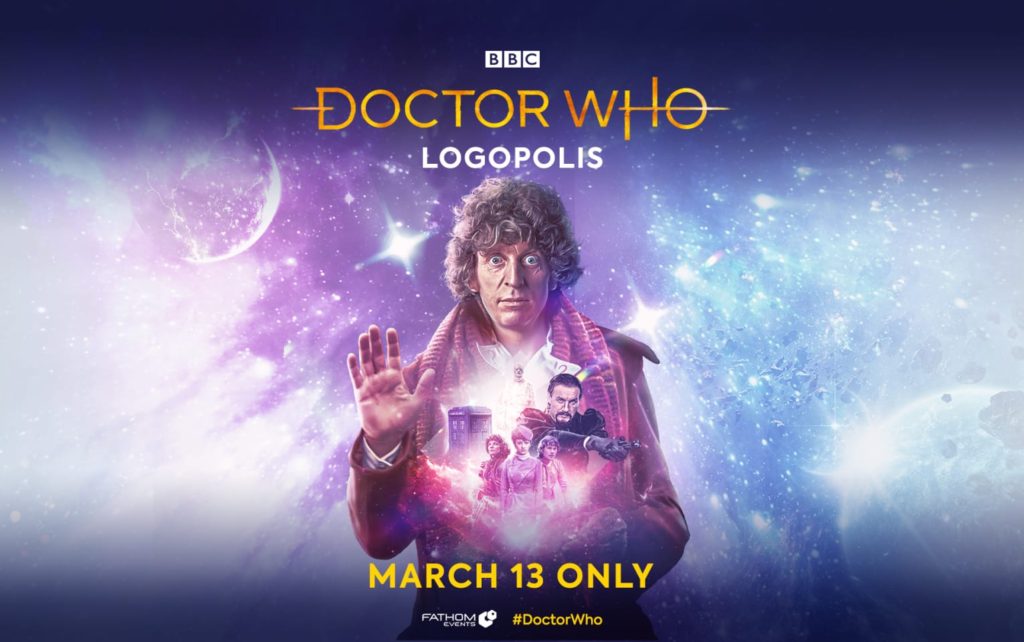 In honor of the Blu-Ray release of Tom Baker’s seventh season on Dr. Who, BBC Studios and Fathom events are hosting a special one-day showing of “Logopolis” on the Big Screen on March 13.

“Logopolis” was Tom Baker’s final episode as the fourth Doctor and features his regeneration into fifth Doctor Peter Davison. It also introduces Anthony Ainley as The Master and Janet Fielding as Tegan Jovanka.

The showing will feature a tour of the setting for the Planet Logopolis with Sarah Sutton (Nyssa) and Janet Fielding as well as an appearance by Tom Baker.

For many of us in America, Tom Baker was the only Doctor we saw on PBS for several years. His character was perhaps best known for his long flowing scarf, his wild curly hair, and his love of Jelly Babies.