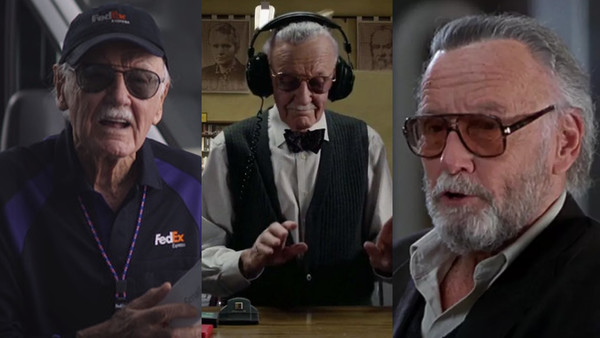 Stan Lee Will Have Another Cameo After ‘Captain Marvel’

According to Kevin Feige on the red Carpet for Captain Marvel the Stan Lee’s cameo in this film will not be his last.

There are two other movies that people are speculating about. One is Spider-Man: Far From Home and the other possibly Avengers: Endgame.

Feige recalled, “My memory of it is that it started a tradition on X-Men … that was the first time I was in on it where he was a hot dog vendor.”

When Stan Lee would come on set everyone would celebrate him. “It became a holiday on set. It became a national holiday when he was on set up through this movie and an upcoming one as well,” said Feige.

There is some talk that the next cameo could be saved for a future film not listed but that would be harder to do. Unless you can just insert the scenes he filmed anywhere which is a possibility. My thoughts is that his cameos will continue throughout the MCU but will be executed a bit differently. Instead of an actual appearance perhaps a picture in a newspaper or a magazine headline.

Avengers: Endgame is set to come out April 26th and Spider-Man Far From Home comes out July 5th.

When do you think his next cameo will be? Tell us in the comments!

From Zero to Hero: The Two-Minute History of Carol Danvers