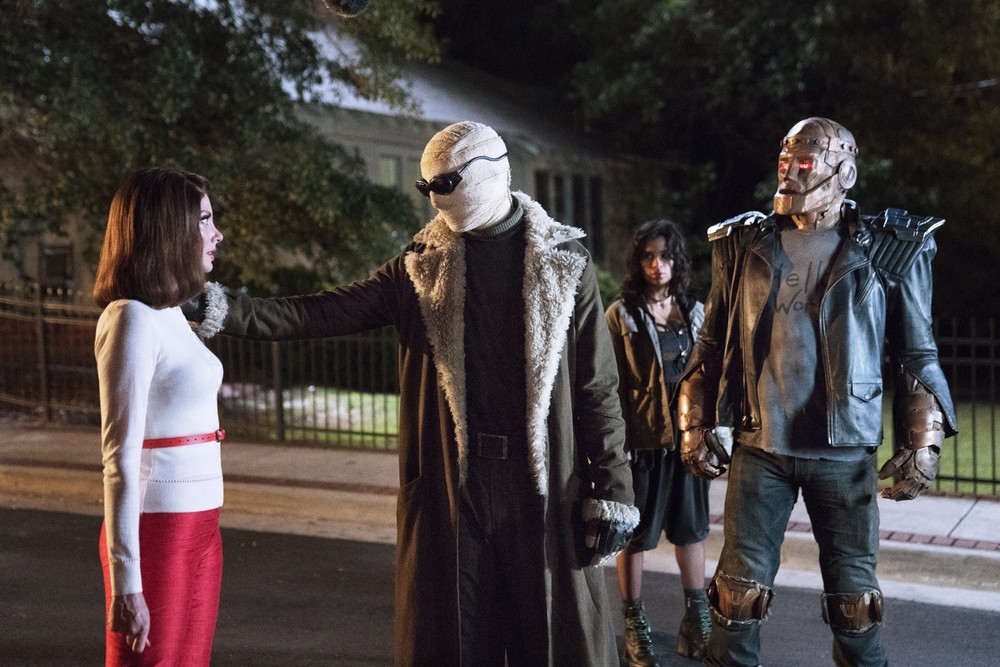 I really really like it. During one of these reviews, I’d normally dance around my feelings, opening the article up with a figure of speech or example that eventually ties into the topic. A tool used to bring up the subject in a relatable way that frames the entire discussion. But not today.

I’m just here to say that, Dc’s Doom Patrol is so much more fun, exciting and intriguing than I ever thought it could be. Enjoy my spoiler free blurb.

It’s only the first two, but I’m already having a really great time. The dialogue is quick and smart, and isn’t interchangeable and is really smooth. Although it’s clear that there’s a lot more to be discovered, the glimpse we get of our heroes former lives really help solidify them as real people that we can care about- with Robot and Negative man being the first Patrolmen to be prominently featured.

I say this series is exciting because of the contrasting ideas at play – The weird and flexible history of the doom patrol paired with the d-list x-men vibe they’ve always had about them. When you’re translating a property into a different medium, there are compromises you have to make and although they clearly should have a bigger budget( lookin at you elastigirl). Although they have done well with what they have – It’s really exciting to see where they’re going with this .

Lastly I’m very interested in where this series is leading. The misfit hero trope has been recycled over and over, but the iconography of said role is being pulled off well here. If there’s one thing this show is doing right it’s being interesting and leaving a lot of details of story and character to the imagination.

Just to make a quick note of this, Episodes 1-2 are grouped together because the second is where cyborg is introduced. While this is a quick blurb on the subject, I won’t be going to far into his character but I can say that with the little we’ve seen , I’m really enjoying i’m so far.

WHAT DO YOU THINK OF DOOM PATROL ? DOES IT RENFORCE OR CHANGE YOUR MIND ON DC MEDIA AND ITS STREAMING SERVICE ? LET US KNOW DOWN BELOW !

Build a Bear is Celebrating Pokemon Day with 30% Off