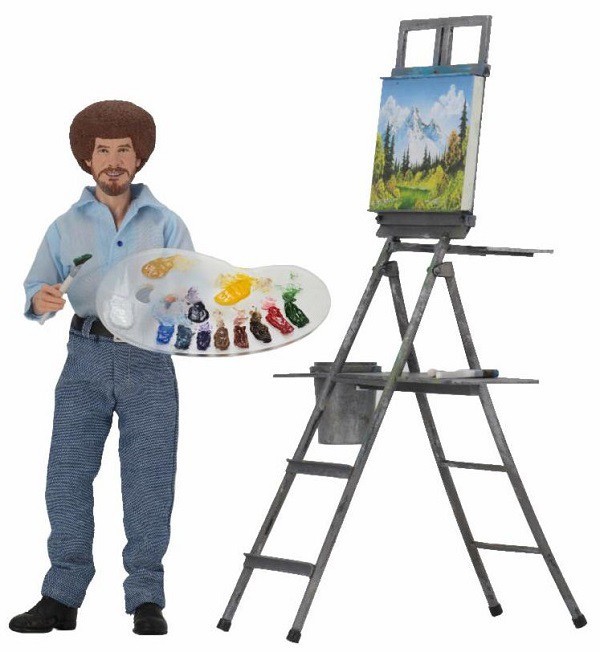 NECA revealed a number of toys at the recent 2019 New York Toy Fair, most of which were horror or sci-fi related, but there was one action figure that stood out from the rest: Bob Ross.

Painter Bob Ross was the host of the instructional TV show The Joy of Painting which ran from January 11, 1983, until May 17, 1994. During each episode Ross would teach how to paint a landscape. Ross was diagnosed with lymphoma in 1994 and had to retire; he died on July 4, 1995 at the age of 52. The 8” tall articulated action figure has Bob Ross dressed in his signature look from the show and comes with a paint palette, 2 brushes, a palette knife, and a large easel display.

Other figures revealed by NECA at the fair were:

from the upcoming Godzilla: King of the Monsters movie

from the 2018 Predator movie