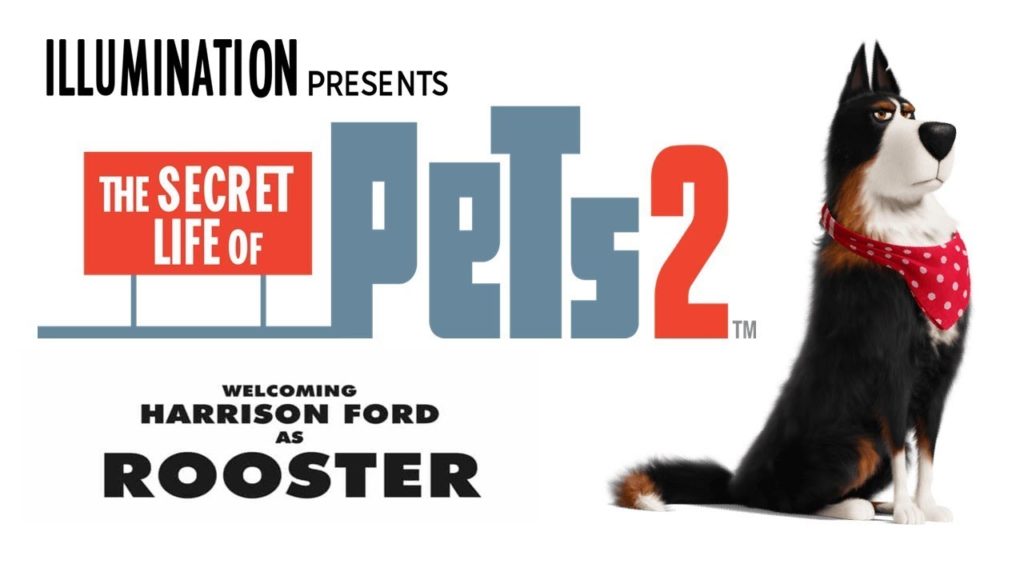 Harrison Ford is Rooster in ‘The Secret Life of Pets 2’

The recent trailer for The Secret Life of Pets 2 features Harrison Ford’s first ever animated voiceover role as Rooster, a gruff, no nonsense Welsh sheepdog.

In the trailer Max (Patton Oswalt) and Duke (Eric Stonestreet) take a road trip to a farm where they meet Rooster and some other farm animals. Rooster maintains order on the farm and isn’t too pleased with the shenanigans of Max and Duke. Max in the trailer is wearing a cone, which based on his own trailer was the result of a visit to the vet.

Other character-centric trailers give us clues to what the other pets may be up to. Chloe the cat (Lake Bell) gets into some catnip; Gidget the Pomeranian (Jenny Slate ) tries to be a cat; and Snowball the rabbit (Kevin Hart) plays at being a superhero, and alongside newcomer Daisy the Shih Tzu (Tiffany Haddish) may be off to rescue a tiger.

Secret Life of Pets 2 is in theaters June 7.