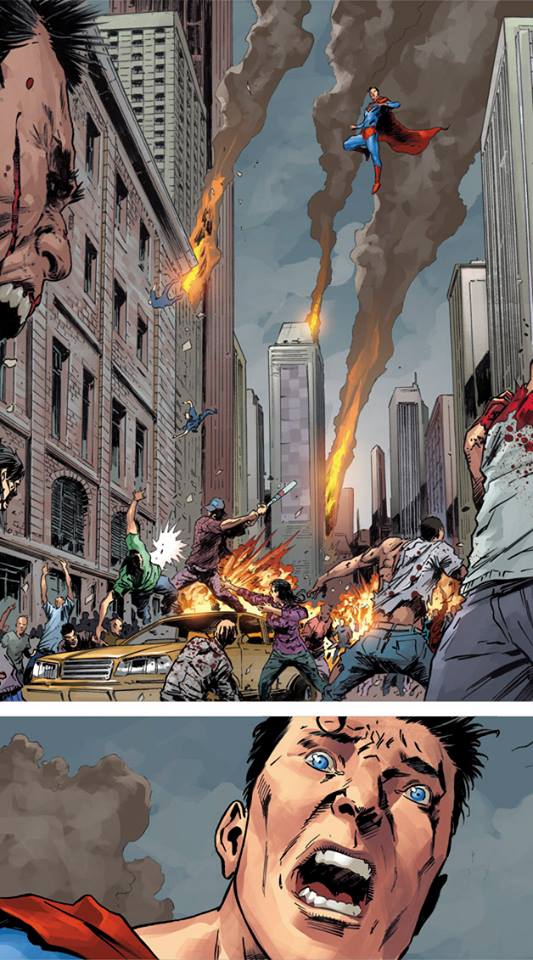 In the last couple of days, Writer Tom Taylor has been torturing the internet with the cryptic phrase #DCEASED.

Posting lines such as “ It was, perhaps the League’s finest hour. It was their last together” as well as “ … it was a sound no one had ever heard before. It was the sound of a superman breaking the jaw of a God.” ending with the aforementioned hashtag.

Aside from the image posted above, there’s little more to go on.

While several of the social media posts allude to Dc characters ( Darkside , Black Canary, Superman) it’s not yet clear exactly what is coming.

As seen in his long running time on Injustice : Gods Among Us Series, Taylor isn’t shy to killing off characters in situations either mundane or epic.

Let us know what you think is going to happen? How do you feel about this type of promotion? Darkside is a child right now, so what’s gonna happen?