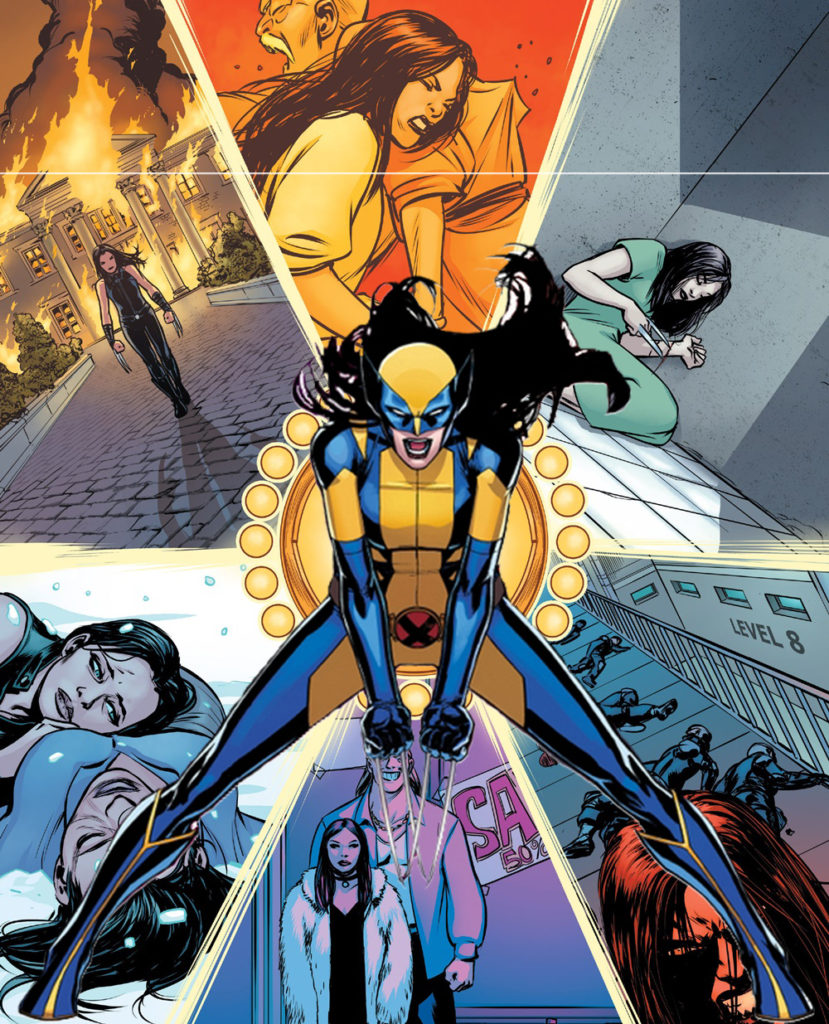 Nope. But I needed the clickbait title to drag you here for my rant on Laura Kinney, the Wolverine. Because I believe that she should’ve kept her father’s mantel after his inevitable return.

Just to recap recent comic history , in 2014’s “Death of Wolverine”  Logan had been afflicted with a virus which affected his healing factor – eventually leading to him sacrificing himself to save people who were being experimented the same way he was.

Laura Kinney, X-23 of the Weapon X program and genetic clone of wolverine, took her father’s mantel after his passing.

When transferring and translating the iconography of the Wolverine, it’s imperative of the writer to focus on what makes Logan and his title matter. He’s the best at what he does, but he doesn’t have to be, nor does he really want to be. He was trained to be a brutal assassin, but realized that the path that was laid down for him wasn’t his only choice.  Redemption and forgiveness of oneself, are essential aspects of those who claim the position.

Although Laura and Logan have both been through the Weapon X Program, their point of entry was different -ultimately affecting how each one carries themselves. While Logan was kidnapped as an adult, of which there was a basis of humanity to hold on to, Laura was raised from birth to be a killer. And because of this, her time in the comics have been built on disparaging moments of uncertain growth. You could possibly attribute this to writers being unsure of what to do with a character that had a great concept but little heart.

Leading up to her time as the Icon,her personality had been(for the most part) streamlined. But in her fantastic book All-New Wolverine, she really personified the ideals of Wolverine.  I prefer to see than to tell, so I’m not going to fully address the details of the run, and all of the ideas and characters examined. (please pick the books up!) But I must say this –

During Laura’s time as Wolverine, she addressed turning trauma into hope as well as choosing who you are. And it’s always great to see fantastic art and writing create an avatar for the reader to explore themselves.

Although this isn’t what I completely want from a Wolverine 100 percent of the time, I really appreciated the effort placed into the run. ( Tom Taylor, I love him. )

So If you have the opportunity, check out All-New Wolverine !

What’s your favorite iteration of Wolverine, any favorite moments? let us know in the comments!