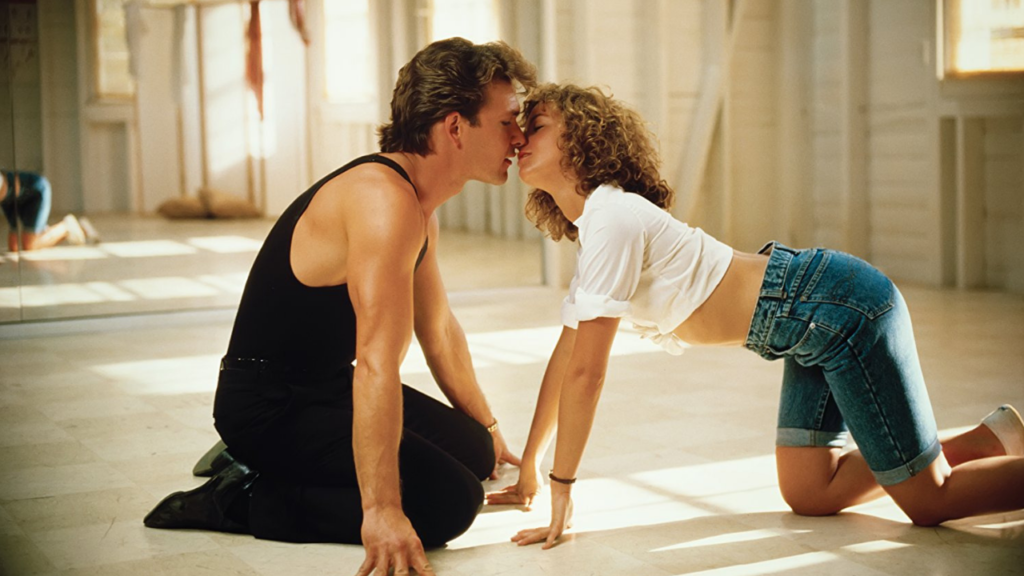 Dirty Dancing Back in Theaters Just in Time for Valentine’s Day!

Journey back to Kellerman’s resort with Frances “Baby” Houseman (Jennifer Grey) and her family. See her meet dance instructor Johnny Castle (Patrick Swayze) and become his partner on the dance floor and off. In addition to some great dance numbers, enjoy the soundtrack – which led to two platinum albums and Golden Globe, Academy, and Grammy awards for the single “(I’ve Had) The Time of My Life.” (This single was also apparently at one point the third most popular song played at funerals in the UK?).

Released in 1987, Dirty Dancing was the number one video rental in 1988 (back when that was still a thing) and was the first film to sell a million copies on video. In 1997 when it was re-released Patrick Swayze received a star on the Hollywood Walk of Fame. Sadly, Patrick Swayze and Jerry Orbach are no longer with us.

So if you’ve seen the movie, enjoy it again on the big screen. If you haven’t seen it, see what all the fuss was about and where that iconic lift in the final dance sequence came from.

Go and have the time of your life and keep Baby out of that corner!