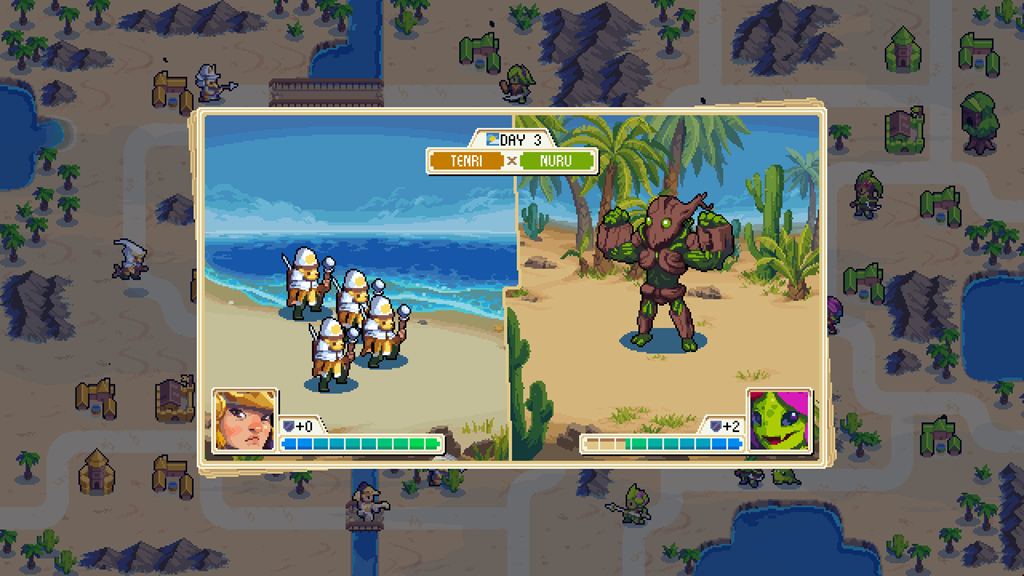 ‘Wargroove’ and Many Other Indie Games Launching on Nintendo Switch Feb. 1

In a new indie highlights video filled with turn-based, role-playing and platforming action, Nintendo showcased many of the new and upcoming independent games coming to the Nintendo Switch system. The video revealed a Feb. 1 launch date for the turn-based strategy game Wargroove (Chucklefish), the announcement of the next game in the acclaimed SteamWorld universe, SteamWorld Quest: Hand of Gilgamech (Image & Form Games / Thunderful Publishing) and more indie news.

In Wargroove, now available for pre-purchase, players choose their Commander and wield their army’s units in a war between battling factions. Up to four players* can strategically sway the battle in their favor as they progress through the campaign, challenge each other in local and online multiplayer modes** or design battlefields and stories with the easy-to-use in-game editor and customization tools.

SteamWorld Quest is a team-based card collecting role-playing game set to an epic story around what it means to be a hero. With billions of potential decks to build, tongue-in-cheek humor, a storybook-inspired art style and memorable characters, the game is a unique addition to the SteamWorld franchise.

To view the jam-packed video in its entirety, visit https://youtu.be/B8eRT4HVT1U.

To help keep up with all of the recent indie news, here are some additional updates about indie games on the way, games that recently launched and fun news about the world of independent game development you might have missed.

In Other Indie News…

For more information about all the great indie games on or coming to Nintendo Switch, visit https://www.nintendo.com/games/nintendo-switch-nindies-hits.

*Additional accessories may be required for multiplayer mode. Sold separately.