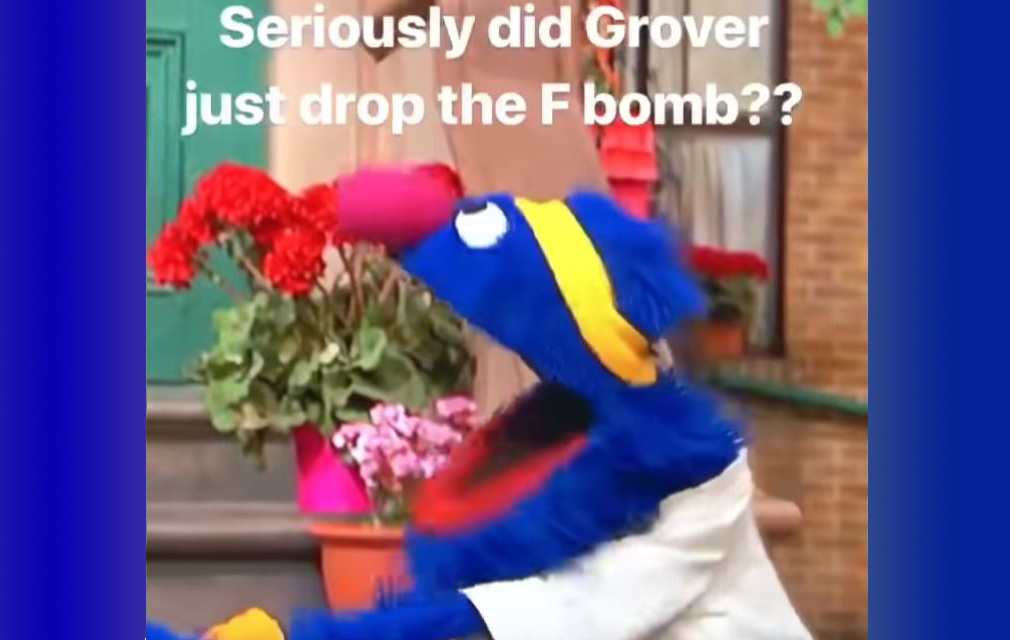 Today the internet has been going nuts over whether or not a beloved Sesame Street character has gone to the dark side of the street.

It’s the Yanny/Laurel debate all over again. I have to admit when I first listened to the video I heard “that sounds like an excellent idea.” But perhaps that was because I know that my sweet sweet Grover would never say such a dirty word. Or would he? Listening to it over again I heard the alternate version with the F bomb, then clean again, then dirty.

This must be some kind of video/audio wizardry because I can’t decide which it is. It’s crazy! For the record I still stand by my interpretation of the Yanny or Laurel debate. It was Yanny you monsters!

What do you hear? Tell us in the comments!

The 7 Elements of a Good Movie