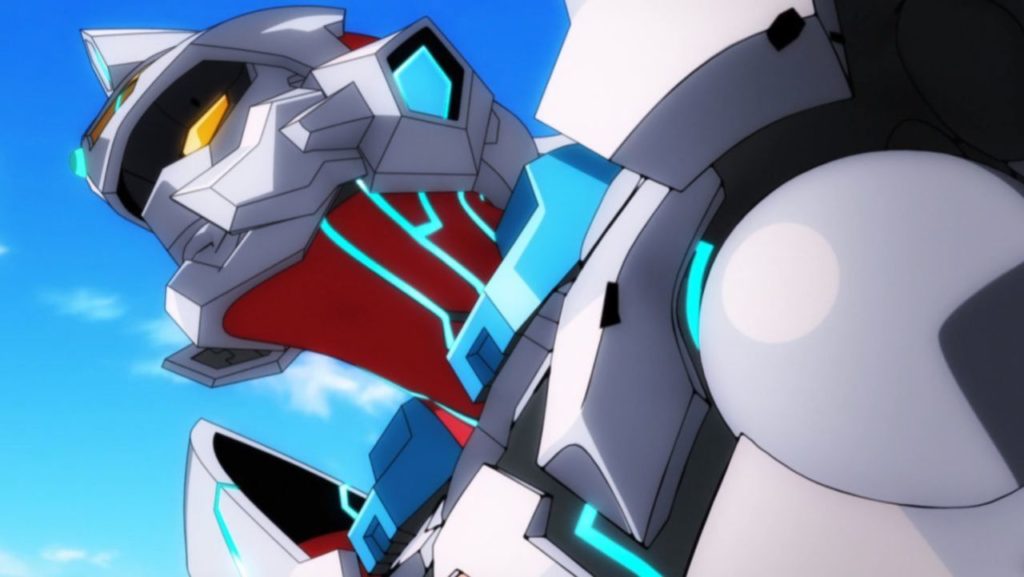 If you pulled all the dreams out of my head, animated them, and streamed them on Crunchyroll, you’d make something pretty close to SSSS.Gridman.

Let’s run through the list. Wicked cool superheroes? Check. Giant city-destroying kaiju? Check. Colossal mecha combining sequences? Check and double check. This is the show that has it all, wrapped up in a tidy 12-episode package. 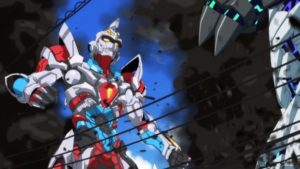 SSSS.Gridman follows amnesiac high schooler Yuta Hibiki who, along with his friends Rikka and Utsumi, discover they can see giant monsters looming over the city. When a monster goes on the attack, Yuta is suddenly able to merge with the Hyper Agent Gridman, a superhero dwelling inside of an old computer in Rikka’s mother’s junk store. The three teens soon learn that their world is not as it seems, as all the destruction (and everyone else’s memories) are reset after each battle. 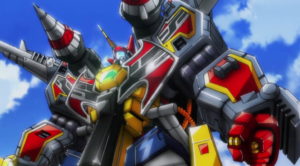 SSSS.Gridman is a show that runs entirely on the Rule of Cool. Gridman himself is an inspired design, equal parts Ultra hero and cyber-punk. In true toku fashion, Gridman can combine with vehicles to get extra powers, like giant fists, drill shoulders, and jetpack feet. Fortunately, with the small episode count, none of these forms overstay their welcome and things get introduced in a brisk and even pace.

The action is a lot of fun, but the real treat is how well the story progresses. The main characters feel like real teens despite dealing with over the top fantasy. The genre-savvy Utsumi is particularly relatable. Gridman’s vehicular assistants also appear as quirky characters when they’re not joining the fight. The humor present is very slice-of-life, not like the boisterous in-your-face style often seen in anime. 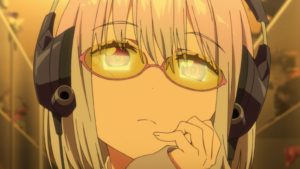 The villains are the main stand-out, though. The antagonists behind the kaiju threat are quickly revealed to be Yuta’s popular classmate (and secret kaiju designer) Akane Shinjo and her inter dimensional and imposing friend, Alexis Kerib. Akane’s often mundane motives for the destruction she causes (such as a teacher bumping into her at school and not apologizing) and the cold way she treats her kaiju creations make her come off as a chilling sociopath. 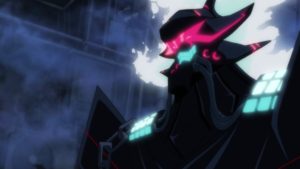 Alexis, despite his flaming head, red visor, and glowing skeletal grin, is chilling for how easygoing he seems. He spends most of the series fauning over Akane’s “excellent” work, telling her she deserves to relax after working so hard, and even treats her and Yuta to dinner. This polite exterior belies his truly cruel and manipulative nature, leading up to his eventual (and epic) confrontation with Gridman. 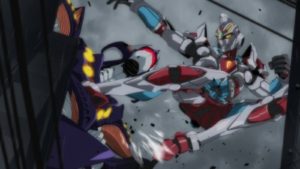 Unlike other tokusatsu anime adaptations (such as the Godzilla trilogy and the upcoming Ultraman anime on Netflix), SSSS.Gridman is not a deconstruction of the genre. It’s a celebration of it, a love letter to every henshin hero and super robot show that came before. If you love the excess of anime, or if you just want a nice short series to binge, SSSS.Gridman is the show for you.

What did you think of SSSS.Gridman? What was your favorite episode? Let us know in the comments!