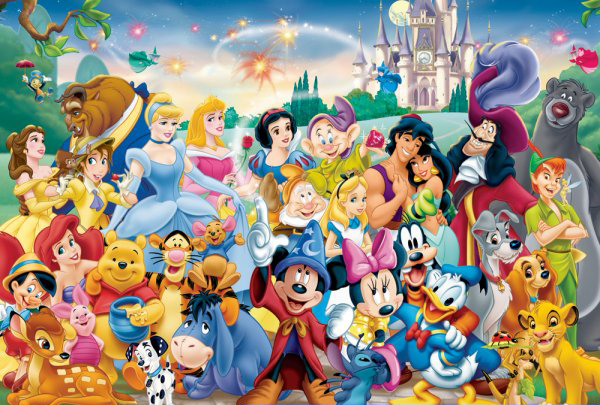 It’s no secret that the Marvel Universe has taken over the cinema. Everything can be interconnected through the movies and through events of the films some movies fall in and out of canon. With the Marvel acquisition by Disney you may think that they would now follow through on the model that they once told us they wanted to make. One where every Disney movie would be linked together, but it seems that they are just not ready for that step just yet.

In an interview with the Hollywood Reporter, Sean Bailey(Disney’s Production Chief) addressed the question on whether or not they would be adapting this into their own productions.

“Just as Marvel has Iron Man and Thor and Captain America, maybe Belle and Cinderella and Mowgli and Simba are our superheroes. But we’re not going to interconnect them in a universe anytime soon, I promise. Simba isn’t in Jungle Cruise. (Laughs.)”

I’m sorry but Simba on the Jungle cruise would be really smart. I might actually want to go on that ride if that happened. I understand why they don’t though since they are already in production of a Jungle Cruise film that is slated to come out 2020, but that was accidentally the best idea I’ve ever heard. Not only that but the It’s a Small World ride at Disneyland has Disney Characters in it. So they have done it before.

It seems to me that the Disney Universe is already linked though, at least behind the scenes. They have many cartoons where the characters all hang out. Take the House of Villains Halloween Special for example. All the villains are hanging out together in a cinema watching Halloween shorts together. Cruella straight up is hanging with Hades, I mean come on!

Plus are you trying to tell me that those beautifully illustrated pictures from the inside of my Disney books were a lie?

Please excuse the crayon marks, I was a baby when I did that. Either that or it was a tiny conspiracy theorist me connecting the dots to the Disney Universe.

How would you feel about an interconnecting Disney Universe Film Collection? Tell us in the comments!