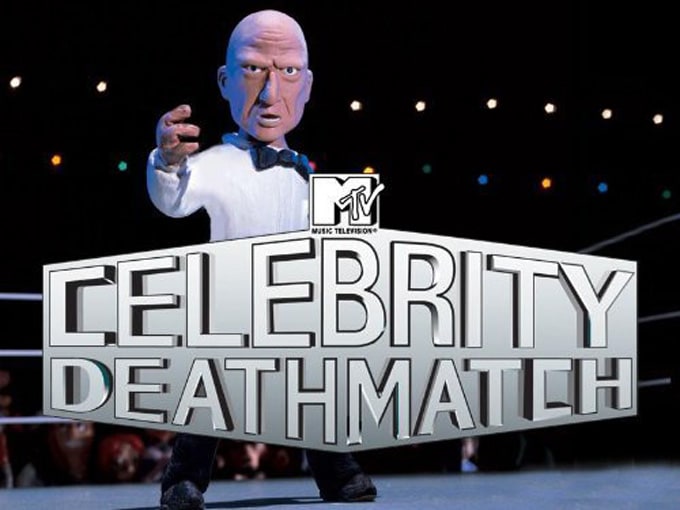 Celebrity Deathmatch is Coming Back with Ice Cube Starring/Producing

MTV Studios is blasting us with nostalgia again with news that Celebrity Deathmatch is coming back. This news comes after the confirmation of new Daria, Aeon Flux, Made, The Real World, and Undressed series have been in the works.

Eric Fogel who created the original show is coming back to executive produce alongside Ice Cube who will also be starring in the reboot. Jeff Kwatinetz of Cube Vision and Ben Hurwitz will be co-executive producing as well.

The show will be available in a weekly format for a streaming service on demand in 2019. It has not been said which service will get the rights to stream the new Celebrity Deathmatch. Since they are saying it will be weekly my money is on Hulu.

Chris McCarthy, president of MTV, VH1 and CMT stated that “We’re excited to grow our partnership with Ice Cube and Cube Vision to reimagine this fan favorite…Deathmatch’ was the meme before memes, remains a hot topic on social media and will be a smart, funny way to tackle the over-the-top rhetoric of today’s pop culture where it belongs – in the wrestling ring.”

Ice Cube has said, “Happy to once again be working with Viacom and MTV on a fan favorite like ‘Celebrity Deathmatch’ and to continue our success together.”

The original show ran for 98 episodes starting in 1998 and running till 2007. It featured the voices of those such as Stone Cold Steve Austin, Debbie Matenopoulos, and Mills Lane. There was another reboot talked about in 2015 MTV2 when they ordered a pilot for a new series, but that never came to be.

What do you think of this wonderful news? Are you ready to see celebrities fight to the death in the best way imaginable? Tell us in the comments!