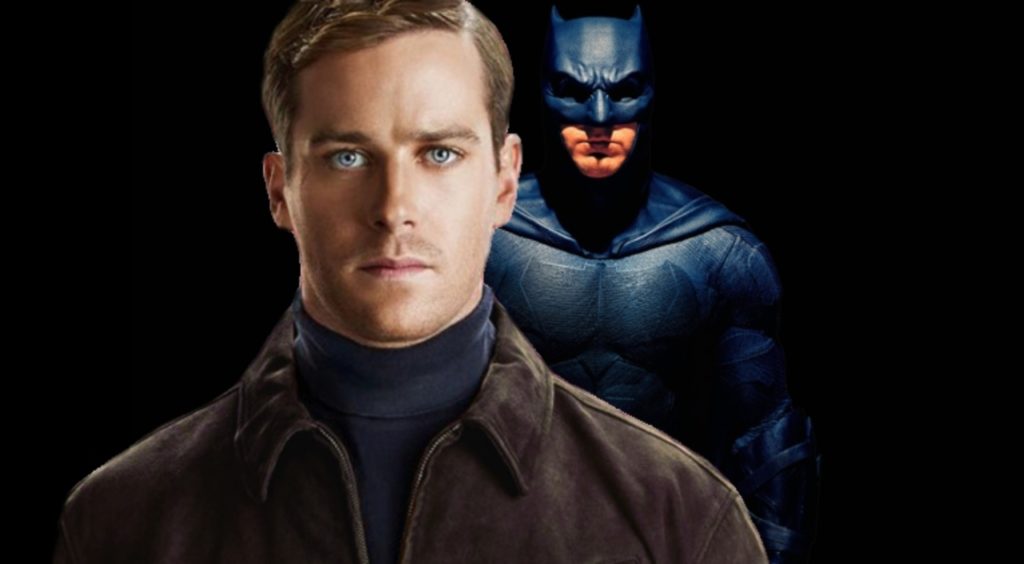 Can We Just Make Armie Hammer The New Batman Already?

It’s pretty obvious from the title of this article that I just watched Sorry To Bother You on Hulu and I feel now is as good of time as ever to revisit the once rumored casting of Armie Hammer as Batman. 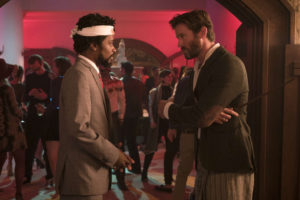 Believe it or not, the saga of Bat-Hammer goes all the way back to 2008 when our dude Armie was up for the role of the Dark Knight in Justice League: Mortal.  No, not another DC animated feature, but the title of a superhero ensemble film which never came to fruition.  What makes the story even more interesting is Babe: Pig In The City director George Miller was set to helm the project.  He’s also responsible for the Mad Max movies if that’s your thing.

However this nugget of industry history broke rather recently.  CinemaBlend.com covered an interview with Hammer where he describes Miller’s take on the character and let’s just say… it was different.  A nineteen year old Batman being played by a 31 year old man is only the beginning.

Fast forward to 2013, Henry Cavill is the new Superman and Armie Hammer was Disney’s The Lone Ranger.  Then they both get cast in Guy Ritchie’s very underrated The Man From U.N.C.L.E., not as good as Snatch, infinitely better than Swept Away.  So naturally a buzz begins about the appearing in Batman v Superman which in an article from Variety Hammer immediately shuts down.  He cites a bad bromance joke, then makes a descent argument on the lack of a point, to portray a character like a superhero who is invulnerable.

Personally I hope his opinion has changed but if it hasn’t… Armie, Warner Brothers, agents, writers, directors, whoever… it’s time to make this happen! 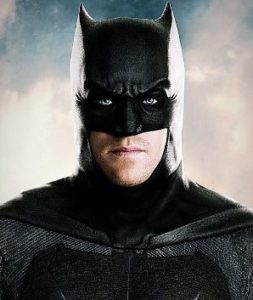 Want reasons? I’ll give you a few.

For starters, Gotham City might have a job opening soon.  I’ve been writing about a potential Affleck departure from the DCEU for a couple of years now and with the exception of an actual confirmation, I still believe Ben has one more round as Batman, probably in Flashpoint.  Which could be a great way to give him a farewell, while also introducing a new face to the role.  Once this happens, just let Matt Reeves do his thing.  War For The Planet Of The Apes was killer, I guarantee he’ll pour his soul in The Batman.

I’ll address Hammer’s comments on not wanting to play a superhero because there’s no “vulnerability” now.  Look dude, I get how being in a DC movie probably won’t get you an guaranteed trip to the Academy Awards but that doesn’t mean legitimate actors aren’t taking these kinds of roles.  Besides, people can’t stop talking about Call Me By Your Name, it won’t be long before Hammer has his moment on Oscar Sunday.

Anthony Hopkins was in three Thor movies.  Tom Hardy, two different franchises.  Joaquin Phoenix is going to be the Joker for Christ’s sake.  Gal Gadot, megastar.  Christian Bale was Batman! He’s got an Oscar and if you haven’t seen the Vice trailer by now, he could easily have another one.  Heath Ledger won Best Supporting Actor for his legendary performance in the Dark Knight.

While superhero movies would typically be classified as popcorn fodder by your elitist douchebag friends, at their core, they are rooted in basic human emotions and struggles.  Good vs. evil. Right vs. wrong.  Acceptance.  The desire to be something more.  If we’re talking Batman specifically, he’s a plethora of emotional vulnerability.  As a child Bruce Wayne saw his parents getting blown away. You meaning to tell me the Lone Ranger has such character depth? I don’t think so. 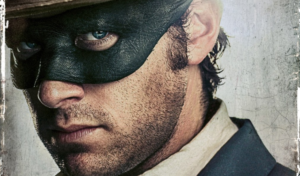 Okay, we’ve got the hopes of a future opportunity, plus a hero one could easily say has vulnerabilities, not to mention the impressive roster of A-list talent diving into the genre.  It sounds like the perfect situation for any actor.  If Armie turns out to be the best Batman ever, I guarantee it opens many doors to pursue future passion projects.  He could do whatever he wanted.  Christopher Nolan made Christian Bale a household name.  Then Christian Bale’s talent legitimized him.  Hammer is ripe to follow a similar path.   Hell, Michael Keaton was a comedic actor and he starred in back to back Best Picture winners.  Batman equals success.

Still not convinced? Hammer stands over six feet tall.  He’s also a bigger guy, consistent with the image of the current Caped Crusader.  I’ll be pissed if Reeves alters that bat-singal.  That’s one of a few things Zack Snyder actually got right.  Hammer’s vocalics and delivery shows the ability to instantly flip the script from comedic to serious.  Don’t you think he just has the look of a Bruce Wayne? 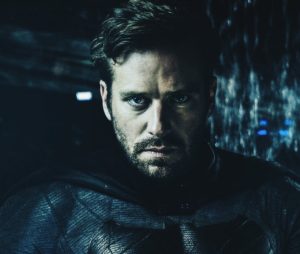 Personally I’m sick of covering the Ben Affleck saga and I’m pretty much fed up with all the “will he, won’t he”.  I think fans are too.  Just move on and move forward.  It’s time.

I didn’t know if this piece has been more of a sales pitch to Hammer or Warner Brothers but either way… make it happen!!

What are your thoughts on Armie Hammer dawning the Cape and Cowl? Let Nerdbot know in the comments!!