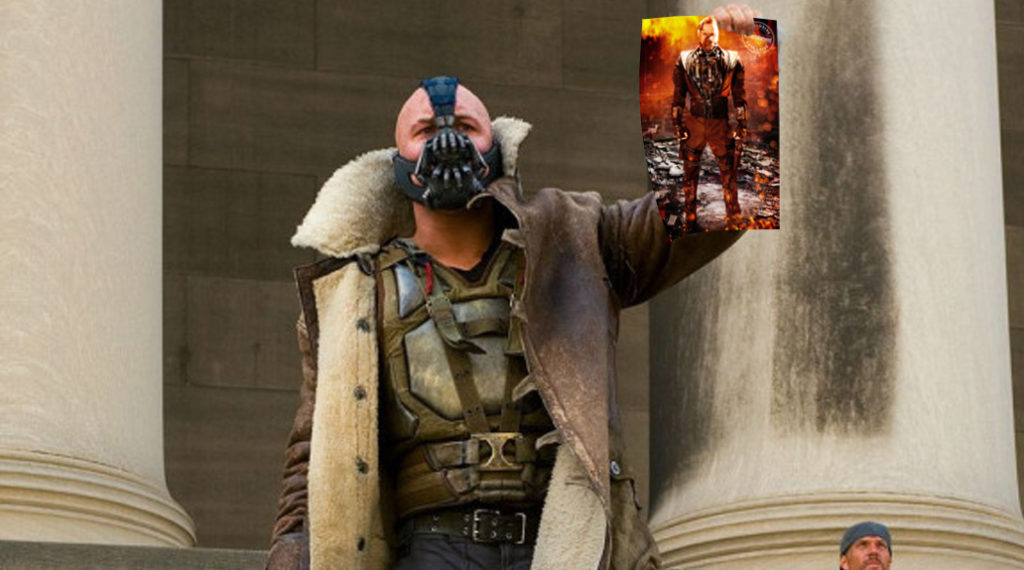 The Batman prequel series, Gotham, has released the first images of the infamous villain, Bane, played by actor Shane West, and set to appear in its new, and last, season. 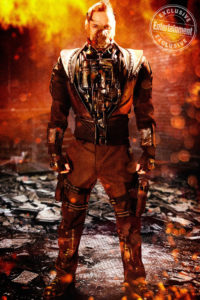 Needless to say, if you’ve made any rounds on the nerd circuit, you already know this jazzercise gear is getting universally panned. But what was the straw that broke the Bane’s back? Where do we start? Ok, I’m just going to point out a few things that could use some…improvement. Hopefully, the studio will hear our collective WTFs and make some hasty changes.

1. WTF is going on with that head? 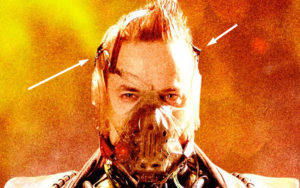 I live in a ditch.

If it takes more than three people to put on your headgear, you might want to go back to the drawing board. Four people, if you count the person that sprays a little product into his exposed hair and spikes it for him. I’m not sure I’d call it a mask so much as a conglomerate of broken scrap-booking tools. It’s like he replaced all his teeth with magnets and rolled around the auto salvage lot. He’s the poster child of Yankee Candle workplace accidents. 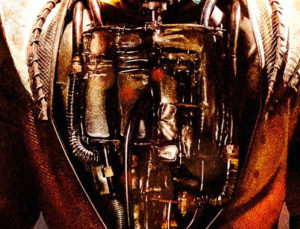 Yes, it was I who robbed the school boiler room!

You know what no one ever said? “Plushy looking metal is the way to go here.” You never go full Borg. The Borg already perfected that in the 90s. One of the things I never liked about comic book Bane was his obvious weak points. Just go for the hoses, Batman! The Dark Knight Rises fixed that loophole, but this one has added even more hoses, centrally located. If I had a batarang I know what I’d aim for. At least give him an ascot to cover some of that up. 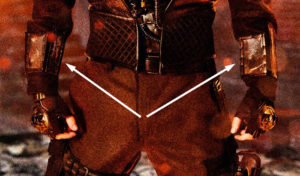 Sun’s out, cheese graters out.

This one probably offends me the most. FOX is doubling down on the plush metal now. I can only assume when this Bane’s venom kicks in, his forearm muscles develop angles. 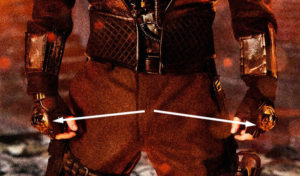 Exec 3: “Gentlemen. What about fingerless gloves with brass knuckles attached to them?”

5. WTF Who programmed those pants? 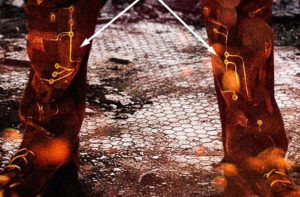 My pants have an i7 processor and 32 gigs of ram.

This truly baffles me. It appears like his pants are a mother board of some sort. I’m not sure if they’re conducting power or just storing Mp3s and Gifs. If they are a power circuit, I wouldn’t sit criss-cross applesauce.

It’s like the designers thought, “You know what this costume needs? Everything.” Maybe since this is the last season, they give zero Fs and wanted to go out with a bang. I guess the ultimate judgement will be made when we see this Bane in action. Who knows? Maybe when his venom kicks in, it’ll be something like this 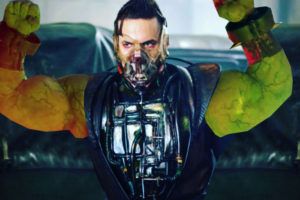 Don’t expect to see West’s costume on the shelves this Halloween, but I can’t wait for someone to cosplay Gotham’s Bane ironically at the next Comic-Con.

Aaron knows when to make a party. He always reads his instructions and makes love like a banshee. He likes going places, eating stock, and fishing for new creatures. He currently resides in the Midwest with his lovely wife and five carnivorous pets.