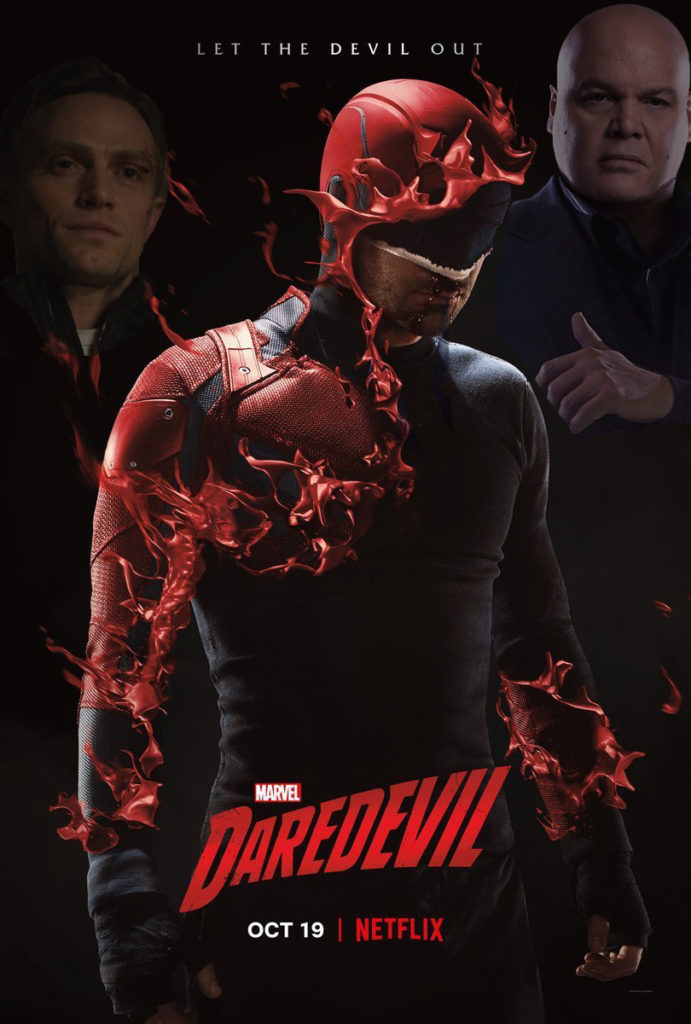 The long awaited Daredevil Season 3 is finally here! This season is everything everyone has asked for and more. Marvel Netflix fans have been waiting to see the Devil of Hell’s Kitchen back in action since the Defenders has been released. Since then we’ve been treated with a handful of other street level heroes. But nothing compares to the beloved Catholic Lawyer Matt Murdock.

One of the best things this season does is take it back to basics. They explore new routes but at the same time keep to the basics of this hero which is a nice change of pace. It picks after the events of the Defenders so you see how he survived the building falling apart and what he’s been up to since then. Although he does survive and heal from the wounds suffered against the hand. While his inner demons still eat at him.

Not allowing him to even look at the ones he loves in fear that he’ll hurt them in some way. Which this alone is one of the main things that makes Murdock so great, out of all the Netflix heroes he’s one of the only ones that is constantly struggling with looking out for the ones he loves. Making him a little more relatable seeing him trying to protect the ones he holds close to him.

Another great thing they do this season is bring back the classic all black suit with the half mask from season one. In this season he’s stripped away from everything that makes him Daredevil. He doesn’t have the suit that’ll protect him from bullets, the baton that can be shot at from great distance. He has nothing expect for his fighting skills to keep him alive. Even then it’s not always the best as you see him getting smacked down again and again. You see him struggle with getting back into the shape that were used to seeing him in. Making you question if he’ll even survive the fight that he’s in.

But it isn’t just Murdock that makes his season so great it’s also the villain Wilson Fisk A.K.A. Kingpin. Bringing such a beloved villain back into the spotlight was probably the best move they could of done so far. You’re reminded of how smart this man is. Always 3 steps ahead of the game. Playing everyone so he can get what he wants. He’ll even fool the audience sometimes to making you think that he is doing a good thing. It brings him back to his roots of being a master manipulator.

A man super well connected to pretty much make the smallest thing happen and make it look like it was all by chance. His drive to get out of prison as well is almost admirable. You can’t help but relate to the man and give in a little to his needs. He has kind of a noble cost but is willing to do whatever it takes to get it making him that much more dangerous.

The feud between Fisk and Daredevil is everything you’d want it to be. It’s a constant game of cat and mouse of who will come out on top this time. Fisk has became such a threat to where Matt begins to lose his mind a little. Thinking that he’s talking to him when he’s really not. But it’s not just with Matt as well you see his two best friends Karen and Foggy really step up to the plate as well in regards to taking down Fisk. With Karen putting her life on the line to do whatever she can to expose him. While Foggy takes the political route to take him down.

In the background of all of this you see the birth of a new villain. One called Bullseye in the comics. His story is heartbreaking a man that was troubled his whole life just looking to be accepted by anyone who’ll take him. It shines a light on what could happen if people who have are troubled mentally could take extreme routes to be accepted.

When he’s first introduced you could tell right off the bat he’s someone who you don’t want to get on there bad side. With him just gunning down people left and right to a point where he is enjoying it. Which makes his fight with Murdock that much better when it plays out. Two men who are extremely talented in combat fight it out was definitely one of the best fight scenes this far.

So far the season is more than I expected giving it a 9.5/10