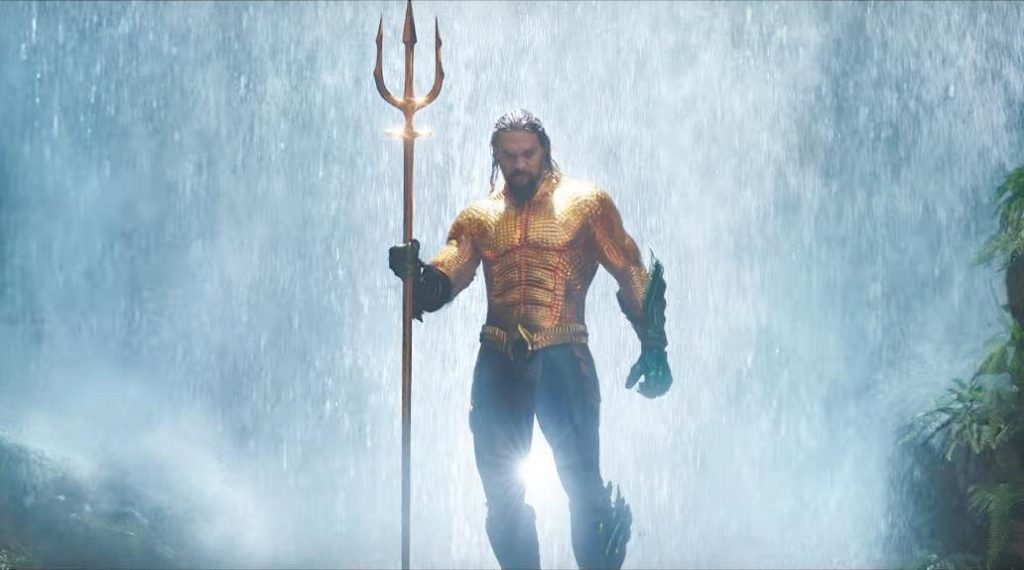 Here we are, over two years since the release of Batman v Superman and beating this dead DC horse is more relevant now than ever.

Why might you ask? Because last week Warner Brothers dropped an extended Aquaman trailer on us that I’m hoping has changed many minds about a potential DCEU Rebirth.

If you haven’t seen it, check out the preview below! And make sure you watch the whole thing.

Believe me, there’s a bunch to breakdown here but for the purposes of this article we are going to focus on one specific, and glorious element that is long overdue… the suit. 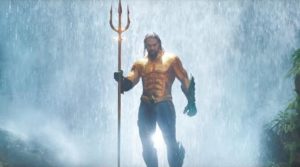 All I have to say is WOW!

I heard online ramblings about a possibility that audiences would see Jason Momoa dawning the gold armor, green pants, and a three, yes a three, not a five pointed trident, but I know now it’s true.  Personally I couldn’t be happier.  This image alone has kicked up my interests in the film full throttle.  Remember I’m the dude on Nerdbot who doesn’t shut up about DC movies, if I was excited before, now I might actually buy my ticket in advance.

Why such positivity? What I’m about to tell you is nothing new, in fact I’ve written it a thousand times.  When we’re talking comic book movies, you cannot botch the imagery. Straying too far the source material causes a disconnect with fans.  One thing DC definitely does not need is anymore disconnections.  Especially after Doomsday, the Flash, Cyborg, Lex Luthor, Steppenwolf, the Amazon warriors, and if you really want to get technical… Superman.

The weight of the imagery is crucial when adapting comics to the big screen.  How the Zack Snyder messed that up is way beyond me.  Granted Aquaman’s get up wasn’t as bad as the Flash but it’s nowhere near as badass as what we got in the extended trailer.  People are always so eager to put their own signature on something.  Sometimes it works; if could marry Ben Affleck’s Batman costume I would.  Then sometimes it doesn’t; check the aforementioned list.

Does anyone else hope he actually rides a seahorse?

And if we’re on the subject of comic book comparisons, James Wan’s Aquaman is the closest thing we’ve seen to the source material from Warner Brothers so far.  No I didn’t forget about Shazam! but I believe it’s impossible to botch something so simple.  Yet I said the same thing about the Flash.  Even Geoff Johns and company have made a couple alterations to the character’s image when they launched DC Rebirth. 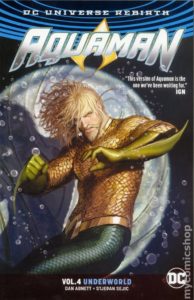 On a final note, some of you might have read my earlier coverage of the Aquaman for Nerdbot where I discuss how Arthur’s Trident as a metaphor for the future of the DCEU and also how it will be used in the film.  Judging from the extended trailer above… guess what… I think I was right.

Remember, a cool suit doesn’t make a movie, but at the way least, it’s one thing James Wan has knocked out of the park.  Will the rest of Aquaman be as cool? We’ll find out on December 21rst.

What do you think about Aquaman’s new threads? Let Nerdbot know in the comments!!