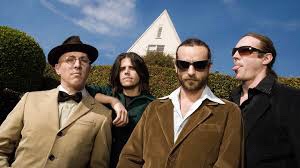 If you think you’ve been waiting forever for The Winds Of Winter to come out, please consider what it’s like to be a fan of the band Tool. The last time the psychedelic metal ensemble released an album it was 2006. Twelve years, not quite 10,000 Days, but with the amount of stories about them being in the studio, this record should have came out a while ago. It didn’t.

Well, now there might be a light at the end of the tunnel. On September 10th, ConsequenceOfSound reported on a tweet sent out by lead singer/wine maker Maynard James Keenan… 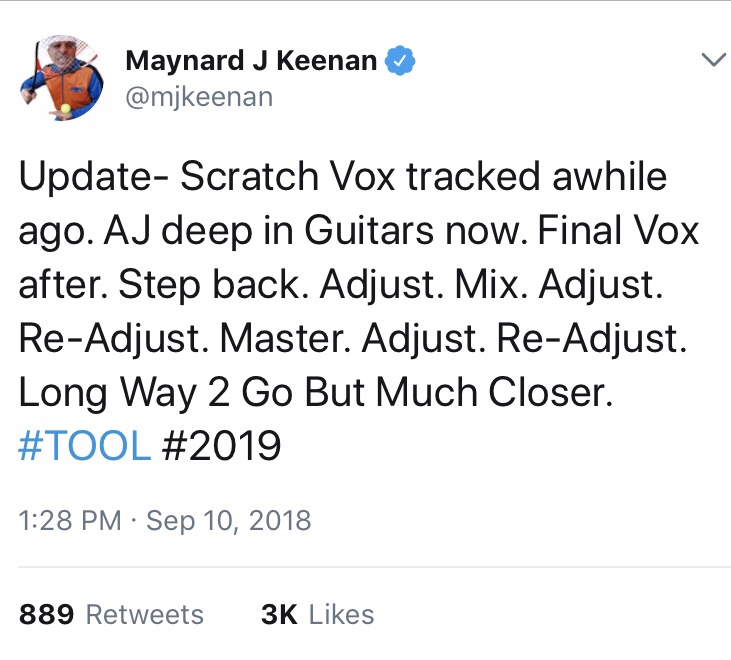 What you’re seeing is a collage of studio terminology, even I would have difficulty translating. However, it’s key to note the reference to the year 2019. This marks the first mentioning on Twitter or any social media platform that a specific time frame has been established.

The message could be a tease of some sorts. Tool’s been at this for long their almost at Chinese Democracy status. But what if they’re serious?

I think fans would jump for joy at the release of a new song let alone a whole album. Please Maynard, just give us something.

Do you believe 2019 will see both The Winds Of Winter and a new Tool album? Let Nerdbot know in the comments!!