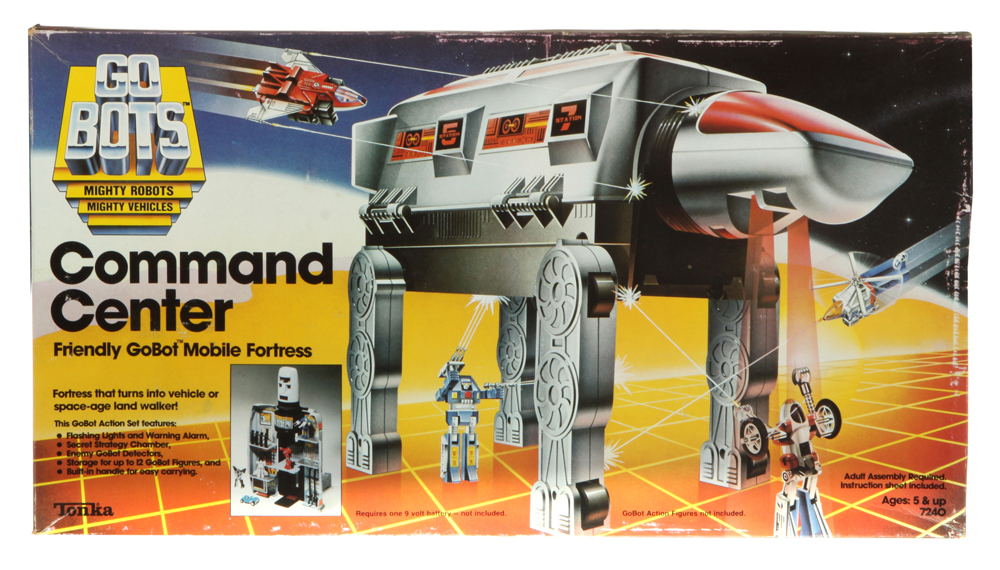 The 7 Toys That Time Forgot

This is a “Nerd Voices” contributor piece from Nerdbot reader Jonathan Meisner. Follow him on Twitter where you can see him playing with his dolls again, sir.

Toys are awesome. Recently, I blasted through every episode of The Toys That Made Us on Netflix, and it turned the nostalgia dial up to 11 for me. Being reminded of kickass toys that I had as a child like Masters of the Universe, Transformers and the hours of imaginative play they gave me. It also reminded me of some other toys that I had growing up that never quite reached the same levels of success.

7) The Get Along Gang 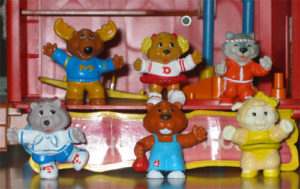 The earliest toys I had as a kid were The Get Along Gang, specifically Montgomery “Good News” Moose. A young boy and his toy moose, how much more Canadian could I get, eh?

Originally created for a series of greeting cards, the Gang were a group of animal characters; Montgomery Moose, Dotty Dog, Woolma Lamb, Zipper Cat, Portia Porcupine and Bingo “Bet-It-All” Beaver who formed their own club and had adventures together and taught the importance of friendship and teamwork.

These had their charm for me at a very young age, but I quickly grew out of them. 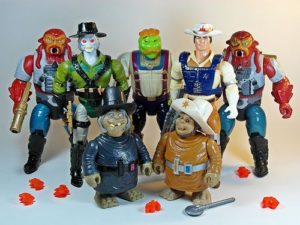 Bravestarr was an intergalactic Wild West story pitting Marshal Bravestarr against his nemesis Tex Hex. I wasn’t into westerns as a kid, but if space and sci-fi became involved, then you could count me in.

Bravestarr’s sidekick Thirty/Thirty was interesting because he was a horse that could walk around on his hind legs when necessary and fired toy guns at his enemies. Whose fever dream was that?

Thirty/Thirty’s gun was powered by Kerium crystals that came with the figure. Just don’t cram that crystal into the back of your Grimlock while he’s in T-Rex mode thus rendering him incapable of transforming properly again. 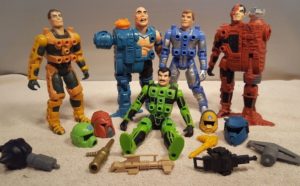 In second grade, my friends and I were all about Centurions, a team of hard suit/mecha soldiers that came with an assortment of add-ons that could be attached to their suits.

One of my friends had the Ace McCloud action figure that I wanted while I had the Doctor Terror figure that they wanted. Doctor Terror. He looked like the lovechild of Robocop and a T-800. Anything to do with science fiction, robots, cyborgs, I was there dude. Doc Terror was badass, and I wish I still had his action figure.

M.A.S.K. was a collection of vehicles such as a car, tractor trailer, or dune buggy which could transform into a more battle-ready form based on the cartoon of the same name that I watched anytime I could.

I had the main character of Matt Tracker with his Thunderhawk Chevy Camaro that transformed by…opening its doors. Gullwing doors to be exact. I doubt anyone has seen a Camaro with gullwing doors before or since. 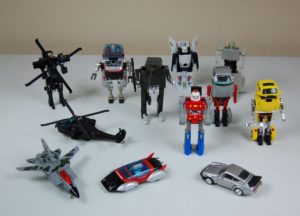 If Transformers were Lego, then GoBots were Mega Blocks.

Sure, GoBots were fun and had their charm, but they were pretty basic when it came to transforming them as well as their character names in comparison to the more complex transformations and cooler sounding names of their Transformer counterparts. Transformers had Starscream, Galvatron, and Optimus Prime. GoBots had Leader One, Scooter and Dumper.

But for as simple and straightforward as they were, I liked and owned a few of the GoBots, my favorite being the Renegade leader Cy-Kill.

I was all about robots in the 80’s and 90’s. Give me GoBots, Transformers, Robotech, Voltron. I couldn’t get enough robots and science fiction in my life. The Command Center toy however looked rather suspiciously like a Star Wars AT-AT.

2) Visionaries: Knights of the Magical Light 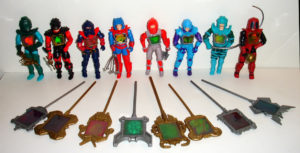 Visionaries were neat in that they had hologram stickers on the chest of their armor as well as their individual staffs. I had the Spectral Knight Leoric figure and I remember thinking that the holograms were a cool concept and wanted to collect the rest of the toy line, but due to the stickers being expensive for Hasbro to produce, Visionaries quite literally disappeared before I had the chance to obtain the entire set. Last year around the time of San Diego Comic Con, Leoric was reintroduced with a new figure as part of an exclusive IDW Revolution set. 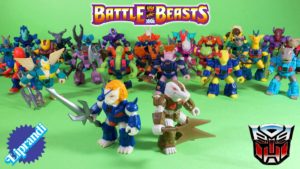 I had a ton of these little guys, namely because there were a ton of them to buy, 76 different Battle Beasts sold across three different series.

Each figure had body armor and a unique weapon where their left hand would be. ,In the center of their armor was a heat sensitive rub sign and with your thumb or finger you could reveal your Battle Beasts strength with a fire, wood or water emblem with the idea being that certain elements could defeat the others; fire beat wood, wood beat water, and water would defeat fire. A fourth and extremely rare Sunburst emblem as part of a ten pack in Japan was also released.

They looked so badass and the collector/completist in me had to have every one of them.