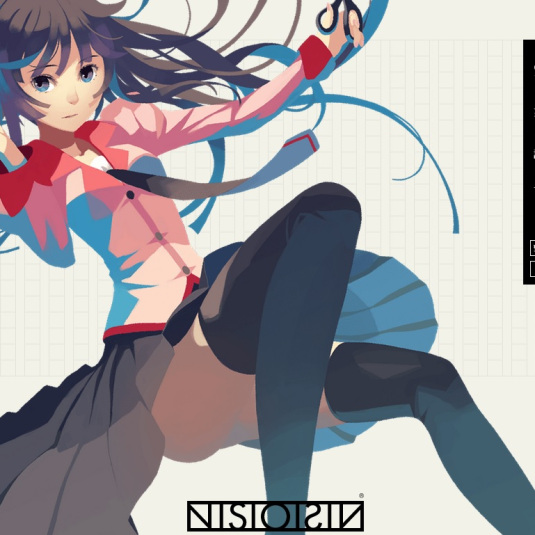 This is a “Nerd Voices” contributor piece from Nerdbot reader Caesar Orzell. Caesar is currently listening to A Perfect Circle’s latest banger album and is still on the first Nisemonogatari book. Follow her on Twitter.

But have you ever wanted to read a book or a set of books that are so strange that you can’t stop reading them?

Try the Monogatari Series by Nisioisin, which will surely satisfy your needs.

The story follows Koyomi Araragi, a regular high school boy. Well, he was still until he came across a vampire lying almost dead under the street light. And after that occurence, all sorts of strange things begin to happen in his town, from seeing lost ghost girls to potentially powered charms at a middle school. Once Araragi sees that the victims of these supernatural happenings need help, he can’t not look away.

And thus, Koyomi Araragi’s adventure in his small town begins.

Even if you haven’t watched the anime, it’s no problem at all. I originally read the first chapter, Hitagi Crab, back in seventh grade via BakaTsuki, before watching the show and it was pretty easy to follow. Nisioisin writes everything at a deliberately slow pace and to repeat important details, so if you’re worried that things will go by too fast or you’ll likely won’t. And just because it’s slow doesn’t mean it’s bad.

“I was dashing up the stairs, latish as usual, and just reached a landing, when a girl came falling down from the sky.

That girl was Hitagi Senjogahara.

Again, to be precise, she wasn’t so much falling down from the sky as simply falling backwards after having missed a step- and I’m sure I could’ve dodged her, but instead I reflexively caught Senjogahara’s body.

It was probably the right decision over dodging her.

No, maybe it was the wrong one.

Because Senjogahara’s body, which I reflexively caught, was so- incredibly light. Unfunnily, bizarrely, eerily light.

As if she wasn’t there.”

The way Nisioisin describes things is beautiful. This scene particular is my favorite because I can almost see the scene playing out in front of me. Every detail, from Araragi running up the stairs to Senjogahara falling, like a feather, into his arms. The way he writes is basically poetic.

However, the best thing about The Monogatari Series isn’t just its writing and word choice, but rather its colorful cast of characters, including but not limited to:

And, last but not least…

And that’s just the main cast from the first series. That’s not even counting the influx of characters from the rest of it!

But one of my favorite characters by far in terms of interaction with Araragi is probably Hachikuji, and that’s because their routine always manages to get me to laugh!

‘That’s actually some fine wordplay, Hachikuji, but this isn’t Girl of the Alps, and I’m not a well-off young lady trying to stand up from her wheelchair. Miss Claragi is going to stay put. My name is Mr. Araragi.’

‘Sorry, a slip of the tongue.’

I’ve always admired Hachikuji’s snark from the very beginning, and going further into the series, I began to love her even more.

Speaking of loving something even more, let’s talk about one last thing that’s perfect from this series besides the characters:

The series can be for just about anyone, anime fan or not. It’s literally every genre you can think of: Action, drama, romance, comedy, slice of life. It can make you laugh, cry, even gasp! That’s what it did to me, at least.

So, give The Monogatari Series a try.

A ‘Diverse’ Bewitched Reboot is On It’s Way

8 Tips to Remember While Cosplaying at a Con