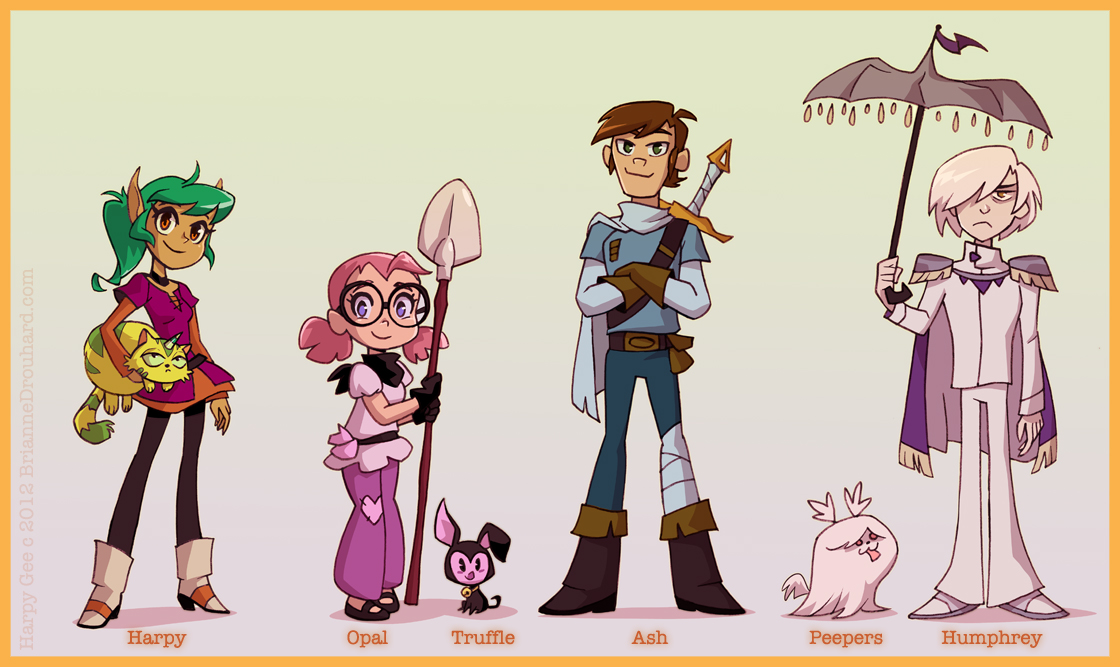 7 Web Comics You Should Read Now

If you’re on the hunt for something new to read, we have some awesome web comic recommendations that will keep you happy!

For any of you that have watched Sailor Moon you know there are some major plot holes. Chibi Jennifer the creator of Moonsticks has quickly become my favorite source in addressing some of these. While she doesn’t always answer them she always adds a twist to make them funny. All of these comics serve as inside jokes to the Sailor Moon community and most of them are pure gold. She gives you insight into what else might be going on as well as consideration for what the fans think should be going on. She finds the perfect blend of cannon and “what if” scenarios that make things super relatable. I can’t tell you how many times I thought about why the Sailor Stars came to Earth and did what they did in order to save their princess.

My favorite part about these comics is that they are unapologetic. They have a sense of humor about themselves and about the show. They take serious situations and break it up so that they can be laughed at in a way that doesn’t insult anyone. It’s ok to laugh, really, No one will judge you! I love Sailor Moon so I especially know that it can come off as absurd and nonsensical at times. That’s why I love these so much!

You can find these comics at MoonSticks.org or follow artist Chibi Jennifer on Deviantart/Twitter.

They show up almost at random, with no rhyme or reason to their posting schedule. In fact, there are more updated issues on Facebook than the artist’s own website. Who even knows if you can properly call these brilliant depictions of dark insanity web comics, or a piece of societal madness from the mind of a dark genius.

But who cares, theses comics are sickeningly dark and are always good for a laugh.

If you think you’re crazy, look no further—Joan Cornella has you beat. From murder, to spontaneous combustion, to amputees, racial injustice, and child murder, no one is safe from Cornella’s hand. His drawings, with their wide, vacant eyes and plastered smile that never leaves their faces (no matter what happens on screen) is something reminiscent of a 50s advertisement. It pokes fun at a sort of post-war Pleasantville perfect existence where only unquestioned darkness happens…with a smile in case Big Brother is watching.

Not every web comic comes in the form of a single-page situation. Some follow a more traditional format, which is exactly the case with Brianne Drouhard’s Harpy Gee. Reminiscent of JRPGs and fantasy animes (such as Record of Lodoss War or Magic Knights Rayearth), Brianne creates an epic story with every new panel she posts.

It’s no surprise since she is a veteran of the animation industry and that level of expertise and detail shows in every imaginative, explosive panel. The story follows Harpy, an elf, and her three friends on their fantastical travels and monster-fighting adventures. And when Nickelodeon dropped this new Harpy Gee short a few weeks back, you better believe freakoutscreaming ensued.

What the hell does “Slice-of-life” mean anyway? Hell if I know, but that’s the comic genre branded to Questionable Content since it began running in 2003. Marten, Faye, Dora and a plethora of horny robots make up the cast of this 5-day a week jaunt into an alternate universe of modern day Massachusetts. What started as an indie music/”butts” joke generator has evolved (along with the illustration quality) into a humorous exploration of serious themes including alcoholism, LGBT issues, and even an imagination of what living with humanoid AI robots might be like. But that’s not why you should read it, you need to read QC because it will become part of your daily routine, part of your life.

So, here’s what’s probably going to happen if you’ve never read QC: you’re going to get comfy, get your laptop, and start with Comic #1. You’ll get wrapped up in the relatable humor and lose yourself in the evolving relationships between the characters. You’ll look outside, the sun is setting…but you started reading this morning, what happened? Never mind that, you must press on.

You’ll burn the midnight oil, you’ll cancel plans, you’ll squeeze every minute you can into catching up on the 3700 strips until you’re up to date. But you’ll never be done. QC will be the first thing you read in the morning, or the last thing at night. You’ll get upset that it’s only 5 strips per week. You’ll take to Reddit, blubbering about a strip being posted late. You’ll make inside jokes that’ll cost you friendships, you’ll contract the strip’s highly contagious “butts disease,” and your life will have been changed forever.

Pictures of You started off with a simple premise and tagline back in 2007: “The best friends you’ll ever lose.” From the start, writer and artist, Gibson Twist promised it would be a tale of downfall, and its early days are definitely heavy handed in that foretelling of the doom to come among this group of friends at a college in Canada. The story is full of genuine moments of comedy and heart that make that heavy-handed warning a thing of fascination, and now, eleven years later, it’s all starting to come together towards that end in a magnificent and heart rending way.

You can find these comics at PicturesofYou.smackjeeves.com

This one has been a bit rocky- it was originally featured through Escapist Magazine (the website responsible for Zero Punctuation) and its creators, Corey Rydell and Grey Carter have since moved to hosting it independently, and on a less consistent schedule, which doesn’t bode well for its future but what a tragedy if it should falter. Erin Dies Alone is an achievement right from the start: it tells an intriguing story of a depressive shut in who is now hallucinating a character from her favorite childhood video game in real life, and-at his urging- is trying to get back into video games.

In playing said games, she and her companion actually find themselves in the games. It’s equal parts spoof of video games like Halo and Final Fantasy, and nuanced exploration of depression and how friendship and stories of heroism in video games can help us confront those traumas. Check this one out and help Corey and Grey finish this masterpiece in the making.

Did we miss some of your favorite web comics? What do you like to read? Tell Nerdbot in the comments!