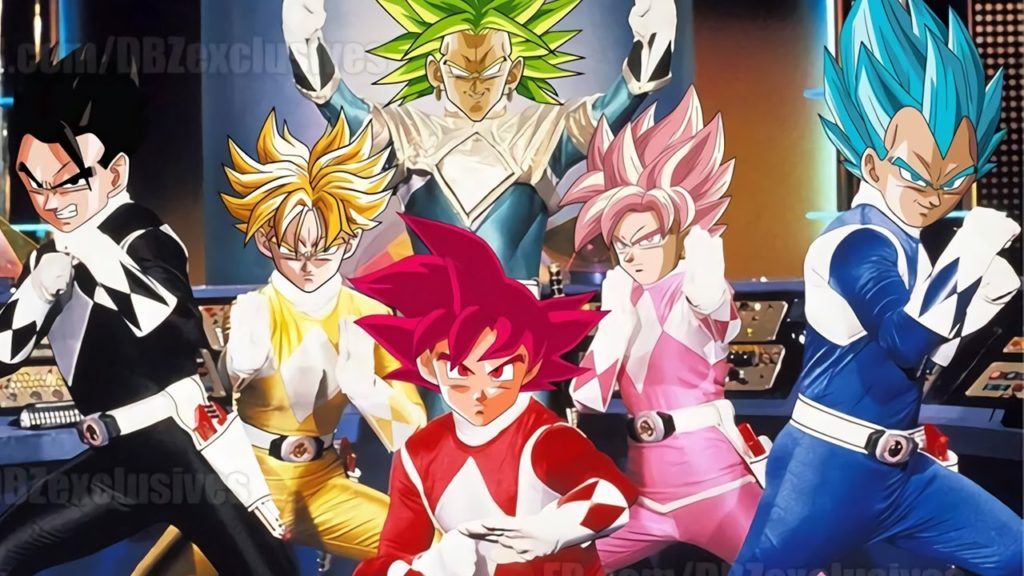 Not long ago, fans learned a set of variant covers are on the way for Shattered Grid, the latest run of Mighty Morphin’ Power Rangers comics. The series’ 30th issue is being celebrated with several pop culture covers, and Dragon Ball Z is getting a big shoutout in one of them.The newest and possibly most awesome of Dragon Ball crossover/mashups hit the internet today and the results were morphinominal.

A brand-new Power Rangers Shattered Grid comic book cover showing off Lord Drakkon in (arguably in his final form) side by side with Goku in his Super Saiyan fusion form.

The Green Ranger and White Ranger are doing the fusion pose! The variant cover for issue #30 is a direct reference to Dragon Ball Z: Fusion Reborn. In the place of Gogeta is a parallel version of Lord Drakkon. The Green and White Rangers are seen doing the fusion dance just behind the baddie, and a slew of other characters like Rita Repulsa can be seen as well.

As reported from Comicbook.com, these are not the only variant covers coming from BOOM! Comics. Another issue pays homage to the legendary cover of Amazing Spider-Man #238 and a third one was announced not long ago. The latest variant acts as an homage to Infinity Gauntlet #1 as the Power Crystals stand in for all of Thanos’ beloved Infinity Stones.

But Power Rangers fans know that this cover may very well be the best one. Only time will tell.

Do you love this DBZ/Shattered Grid mashup? Tell Nerdbot about your favorite mashups and cross overs in the comments!